We cannot but notice that many hearts are being broken due to the fact that the famous Gas Monkey Garage Mechanics duo is splitting up. The guys started their own thing, their own show and accomplished so much in very little notice of time. Isn`t it a shame that it`s all falling apart now? Aaron, however, felt that his path for the future is described as solo. So, maybe he does deserve it. Kaufman became a great mechanic by learning everything by himself. This born and raised Texan is a perfectionist. You have all seen his work, regardless whether it`s exterior or interior – it`s flawlessterior! 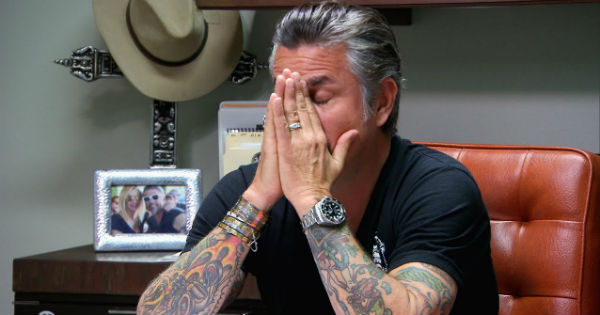 Here are his top reasons for leaving the Gas Monkey Team:

Did you ever know how it all started? The Rawlings and Kaufman thing… The Gas Monkey saga? Well, Kaufman was working at a small local car shop at the time. Rawlings came by one day asking to see the most talented mechanic to air drive his 1953 Mainline.

Thus, Aaron Kaufman was the one standing in front of him as one of the country`s most talented mechanic! Some years later, Richard opened the famous Gas Monkey Garage as he invited Aaron to be part of the Gas Monkey Garage mechanics team!

Back then, built it in a real life Hot Wheels vehicle! They were to do the same thing with a `63 Ford Econoline! However, there is no Aaron in the episode. It`s a real shame that Richard and Aaron are splitting up – but it`s probably for the best!

However, we hope Aaron finds luck in his solo career! Or maybe he will become a part of another famous car TV show? Whatever happens, be sure that you will be the first to know!

Check out the other news about Aaron Kaufman: