What is the Aaron Kaufman’s Net Worth? As we all know Aaron Kaufman was a part of Gas Monkey Garage, together with Richard Rawlings for more than 13 years. However, he decided to leave the famous shop in December last year. Anyway, during the time he was a member of Gas Monkey Garage & Fast N’ Loud TV show he has earned a huge fame…  Reportedly, trough his career as a mechanic and one of the main roles in the reality show Fast N Loud. He started his own shop “Main Stream Shop” in 2011 and that added to his net worth as well… 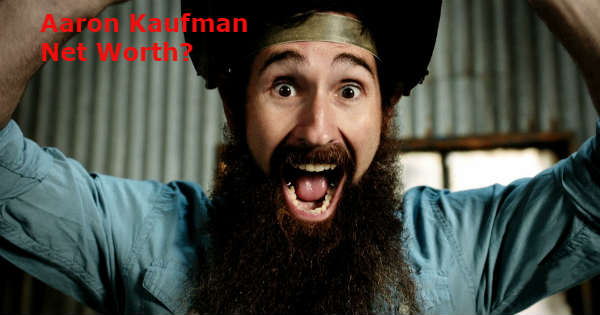 He said that he love to build much bigger cars and trucks and the TV (Fast N’ Loud) wanted cars much smaller than that. Of course there was a lot of professional and personal differences with his colleague Richard, therefore he decided to leave the show. Through his long journey as a mechanic and appearing in the mainstream reality show Fast N` Loud, he has accumulated more than 3 millions of US dollars. Since he left the Richard Rawlings’ Gas Monkey garage and opened his brand new venture, The Arclight Fabrication Co. so Aaron is now living his dream.

He announced they are producing parts and restoring Ford F100 trucks in his shop. He also said he will return on another TV show very soon. So, it will be fun? Don’t you think?

Now, check out the video below and tell us what do you think in the comment section!