Next Time You Shop, You will Consider an Electric or Alternative Fuel Vehicle!

With the federal U.S. rules for mpg ratings in 2025 that will be twice the current standards. So, in the new era the cars we will see on the road in the near future will be changed dramatically quicker than we realize. At the other side of the Atlantic, in the City of Copenhagen, Denmark, there is an initiative for a carbon-free city until 2025. Therefore, Hyundai supplied fifteen ix35 Fuel Cell vehicles for fleet use, according to announced agreement in September 2012. Another two ix35 FCEV are supplied to City of Skåne in Sweden. 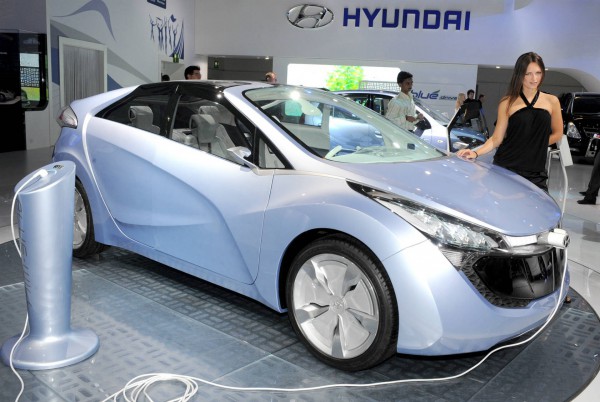 In order to support the project, European Union together with the leading automakers will invest in road map network with hydrogen fueling stations.

However, even if you are not interested in Eco-friendly technologies and improved fuel efficiency, the next time you will shop for a new vehicle you will consider an electric or alternative fuel vehicle between the other options.

In the next decade a lot of conventional and plug-in hybrids, battery and electric vehicles, fuel cell and diesel electric vehicles are planned to make their debut as new additional vehicles on the U.S. market until 2015.

There are the tax incentives provided by the federal, state as well as local governments and utility companies in order to support the production of Eco-friendly vehicles. The current Federal tax incentives based on vehicle`s battery size can be up to $7,500 for a battery electric vehicle. So, there are good for the first 200,000 qualified vehicles produced by the car manufacturers. However, the other incentives vary widely. 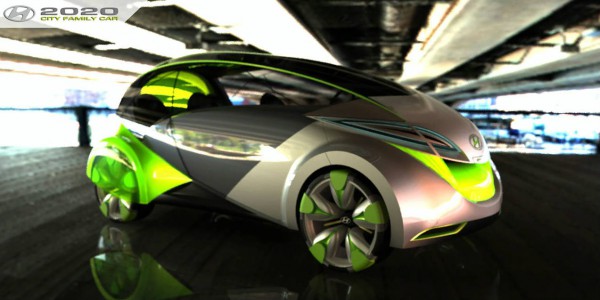 `Blue Drive` is the name of Hyundai`s Green Technology Strategy!

Hyundai is ultimately targeting “0” CO2 plan and `Low Carbon Green Technology` in order to reduce environment pollution of its Eco-friendly cars that apply this sophisticated technology. In general the goal of Hyundai`s `Blue Drive` strategy is to increase fuel efficiency and develop Eco-friendly vehicles including: bio fuel, hybrid, electric and hydrogen fuel cell cars. The ultimate focus is to the creation of cars that don`t produce any CO2 at all.

With Hyundai`s `Green Move` initiative all the responsible global citizen can start to help the environment directly. With this project Hyundai is working with all the communities around the world in order to protect the environment. They are building forests, realizing recycling programs, helping the endangered species, helping for reducing of air pollution and global warming, as well as production of Eco-friendly vehicles. 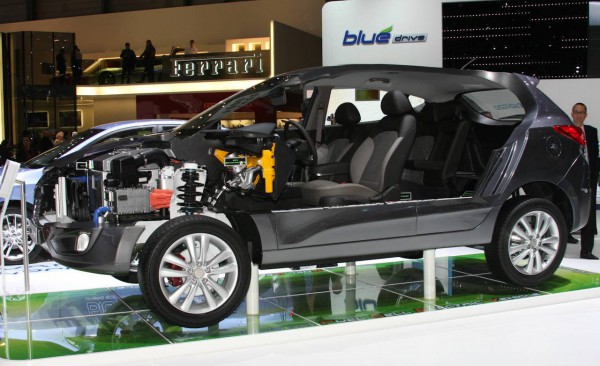 On this project Hyundai Motor Company had spend 14 years and several hundred million Euros and used the world best engineers at fuel cell Research and Development center of Hyundai in Mabuk, Korea. Two million miles of different road tests in Europe, Korea and United States was passed during the testing period. 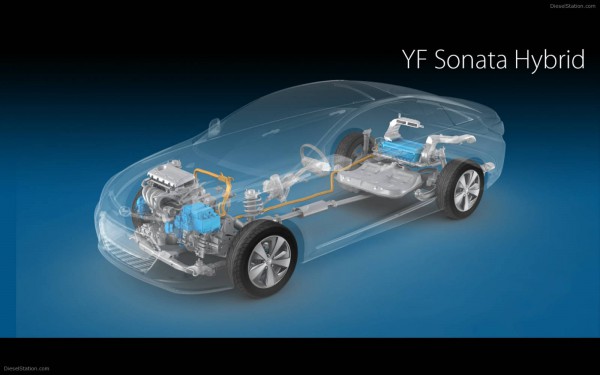 Hyundai will unveil the “plug-in” variant of the current Hyundai Sonata Hybrid in 2014. It is expected the fuel economy to be lots better than the conventional hybrid’s, due to a larger battery pack that will permit all electric driving.

What do you think about the new era of electric vehicles?