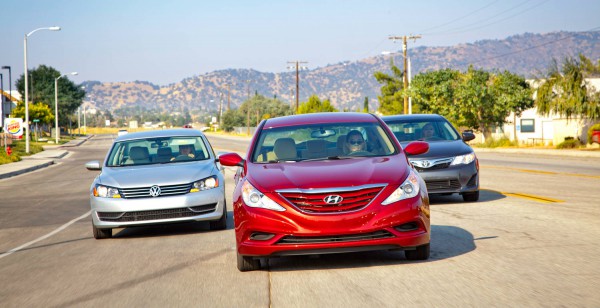 The Greatest Fear of Volkswagen

VW, the German automotive giant considers Hyundai as the biggest rival. After surpassing Toyota in the battle for the world`s biggest car producer, VW is concerned for the most growing automobile company by brand and follow every success of Hyundai.

Do you remember what happened on the 2011 Frankfurt Motor Show? Martin Winterkorn VW CEO called out his design chief Klaus Bischoff while examining the New Hyundai i30. As you can see in the famous clip on You Tube, Volkswagen CEO was not thrilled when he saw that adjustable steering column works smoothly than the one in VW Golf.

In the first several seconds of the You Tube video Mr. Winterkorn measured the thickness of the paintjob on the lift gate of the new i30 with a special magnetic tool. Afterwards he proceeded with measuring the drivers view blind spot and did several points walk around the vehicle, checking every part from bumper to bumper. 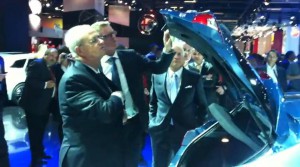 John Krafcik, The Head of Hyundai North America confessed that he watched that video many times and it was good for a laugh. He said that Hyundai is a major player watched by the greatest companies presidents like Winterkorn. The hard work of the Koreans is finally paying off in the form of higher than ever market share in all the major markets in the world.

Is the man in charge of the first automaker in the world is afraid from Hyundai? As leading car producer in the world VW owns 12 car brands so far in the family and is going for the 13th. VW is interested in purchasing Alfa Romeo…at the other hand they are always wide awake to what`s happening with the Hyundai projects.

VW CEO Martin Winterkorn once said to German press that Hyundai improved its quality and all the weakness and that is the main reason why Hyundai is on his mind all the time.

This multinational Korean conglomerate is constantly improving their lineups and is getting the new models very fast. Maybe the best example that proof that Hyundai can make the changes on the fly is shown below: 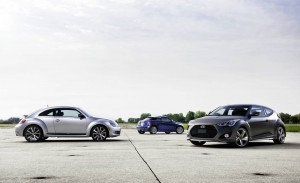 During the Veloster`s 2011 US launching event for the press. It was announced that engineers felt that Veloster have low end torque. After two weeks from the event newly created Hyundai`s development team have created engine prototype with specially redesigned camshafts. At the end, this new engine addressed the issue. As a result, New Veloster Turbo version was introduced in few months, in order to answer to complains that this coupe was more show than go. 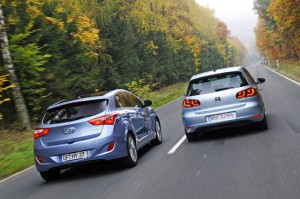 Hyundai have plenty of resources. This multinational company has its own steel mills, many ships for transport the cars around the world, Shipbuilding Company, their own ports, financial, marketing and electronics companies etc. That is the main reason why Hyundai has bigger revenues ($145 billion in 2010), more than GM, Honda, Ford and many others.