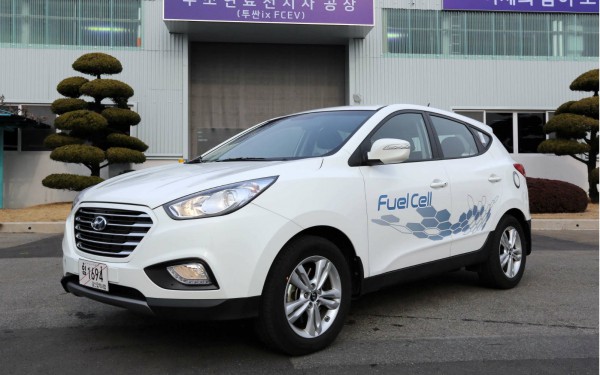 This SUV from c-segment with commercial name ix35 FCEV, based on popular Hyundai ix35 (Tucson in some markets) was launched on a special event that was attended by Hyundai top management and VIPs.

Vice Chairman of Hyundai Motor, Mr.Eok Jo Kim said that with this ix35 Fuel Cell vehicle
Hyundai is the leader in the future of zero emission vehicles, also that daily utilization of ecological vehicles with zero emission is no longer a dream, but reality.

The new ix35 Fuel Cell was presented at the ceremony for fleet customers in City of Copenhagen, Denmark and Skåne, Sweden. The City of Copenhagen, has an initiative to be carbon-free city until 2025. Therefore, Hyundai supplied fifteen ix35 Fuel Cell vehicles for fleet use, according to announced agreement in September 2012. Another two ix35 FCEV are supplied to City of Skåne in Sweden. 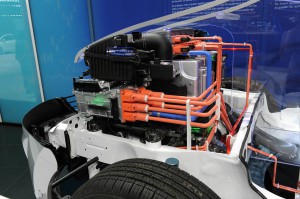 Hyundai`s ix35 Fuel Cell is power is produced by hydrogen with the system with fuel cell stack that converts the hydrogen to electricity and as a result the motor of the vehicle turns. This FCEV vehicle boasts performance similar to regular petrol or diesel ix35 and the only emission from the exhaust system is water.

At the Motor Show in Bruxelles this January, the ix35 FCEV won the prestigious “Futur Auto” award.

The ix35 Fuel Cell is the crown in the company of Hyundai`s Blue Drive cleanest vehicles: Sonata Hybrid version, i20 Blue-Drive & Blue-On and Battery-powered i10. 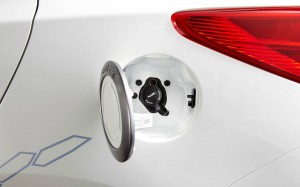 All the regulations by the governments to reduce vehicle output of carbon as well as fossil fuel dependency, the solutions like Hyundai`s ix35 Fuel Cell with zero emission will be a driving force of change. This vehicle aligns with the 2009 agreement by the G8 countries from the EU in order to reduce emissions of carbon by 80% until 2050, also with the Zero-Emission regulations for the vehicles from California.

As can be seen in the table below this Fuel Cell vehicle accelerates from 0-100 km per hour in 12.5 seconds, its top speed is of 160 km/hr and can pass 594 kilometers with a single charge. Maybe the most important is that can be refueled with hydrogen in only a few minutes.

On this project Hyundai Motor Company had spend 14 years and several hundred million Euros and used the world best engineers at fuel cell Research and Development center of Hyundai in Mabuk, Korea. Two million miles of different road tests in Europe, Korea and United States was passed during the testing period.

At this year`s Motor Show in Geneva, ix35 Fuel Cell was displayed for the first time.

Read my next article Hyundai Starts The Collaboration With Top Designer Karim Rashid!