Being one of the greatest comedians ever, Rowan Atkinson has marked our childhood and left use laughing for hours. Most of us recognize the legendary green Mini Morris, the car Mr. Bean used in all of his clips. Though you probably think that is the car he uses in real life, it is something completely opposite; he has an exotic car collection! In the following video we see a collection of some of his best cars. First on the list is the furious Mercedes SLS AMG. He was seen driving it on the streets of London, followed by the blue beauty, the Rolls Royce Ghost. 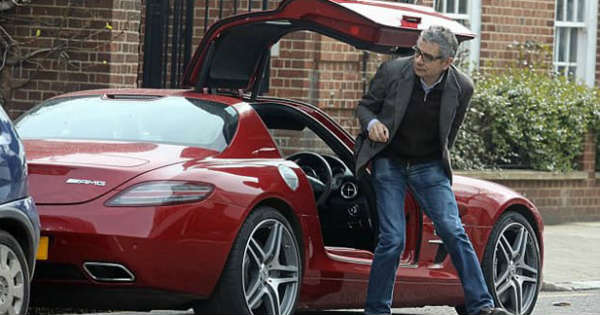 Despite having some more usual cars such as the Skoda Superb, the odd looking BMW i3 and the Audi A1, what follows next on the list, gets better and better. He owns some of the best classic cars ever, such as the 1938 BMW 328, the 1952 Jaguar MK7 and the 1964 Ford Falcon.

He previously owned an ultra rare and iconic McLaren F1, but sold it for 8 million pounds. His exotic car collection is completed with the blue king, the Honda Acura NSX. What do you think, which one is your favorite?

Before you go, behold the fabulous car collection of Bill Gates and check the Britannia Car Finance.