It is a common opinion to think that old crappy cars are not capable of much anymore. However, these guys decided to give them a second chance and make a cool competition. If you are looking for a perfect video to start your day, you have just found it. Namely, this redneck racing championship is organized by people who have old junk cars. No new and no modified cars are allowed here. Thus means that you can take the car that you wanted to throw away and take it for a race. Even though the cars themselves are not fast at all, it is still fun to watch them on the dirt track. There are plenty of crashes, punctured tires, slides and even drifts, so the fun part is guaranteed. But there is one more think you need to know about these junk cars! 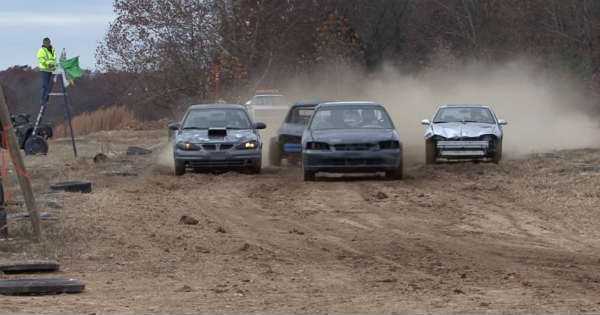 In order to boost up the competition, the drivers decided to race for money! Yes, if you thought that this championship is pointless, you were wrong. Besides the self satisfaction, the winner of the race will get certain amount of money as well. All of the junk cars have some crazy paint jobs and wacky things attached to them. According to many, the best part about it is when all of the drivers compete in one single race. Instead of only four of them going head to head, all compete in one race. It is real pleasure and there is plenty of fun during it so make sure you follow every second of it. The event itself is called the Redneck Rally-cross and it takes place at the Ozark Raceway Park. This video certainly proves one think. Good old junk cars are still capable of doing much, much more than we think!

Follow this link and learn how to sell your junk car!