This wheel type will definitely change the way vehicles function. 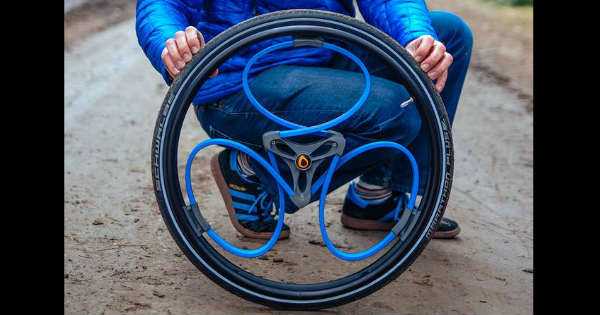 Let`s face it, as a civilization, we`ve been using wheels for thousands of years in exactly the same ways. However, what if I told you that there is an alternative, a different wheel type which not only makes more sense to be used in an urban environment, but is also much more stylish and high-tech? Well, that`s exactly what this guy came up with! It`s a company called Loopwheels and it presents its product as the new revolution in wheel technology (punny, I know!).

However, it`s not all new – the wheel looks and functions pretty much the same, except with improved efficiency and a sci-fi look. This look is given to the wheel by its new revolutionary spokes, which are curved and there`s only three of them.

The spokes on this new wheel type are symmetrically aligned at 120 degrees of the circle, each. This makes for a perfectly balanced wheel, while at the same time you`re saving on production time and material.

While the rest of the wheel is pretty much standard material, the spokes are made of a composite which is much more resistant and bendy.

The inventor claims that they give a much smoother ride, and that the climb up steep surfaces is much easier with these wheels. Also, he says that there is much less loss of energy with these wheels when compared to a regular wheel.

Now, before we accept any of that as truth, we`re going to have to test them out, but they sure look cool!

For more info about this interesting invention, visit the official website.