This awesome 1964 Mustang brought Ford back to the market of pony cars and even though the car was a win it lacked handling. GM wanted to baffle Ford with the Project Panther, called “XP 836” during the course of 1965, a year later than the Mustang`s launch. While Chevy was making the platform for the Firebird/ Camaro, the guys had in mind that it required an exceptional suspension and space for all types of power. Both were done excellent with an exact response to Ford`s pony. Camaro included an enormous options of drivelines and engines and very first year of its appearance, outsmarting Mustang, Barracuda  and when it comes to real power usage within the big-block. This article is about two Camaros, but read on… 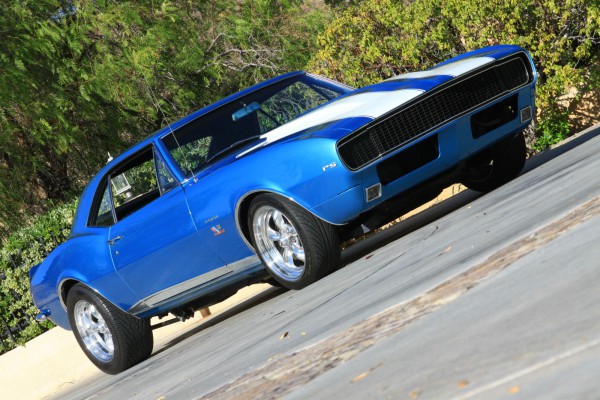 Detroit , June 28, 1966 was the place and date when Chevrolet gained automotive media attention with supersonic speed, due to the historic teleconference that included fourteen cities and approximately 200 journalists. Pete Estes, the manager general of Chevrolet respectably, was the conference`s host and he was all about business. He showed the monstrous performance and the beastly respond to Ford`s Mustang. The famous Project Panther, later known as the Project Panther “XP 836” made history. It was called the Chevrolet Camaro-the car that marked Chevrolet history.

Camaro was slightly better than Mustang thanks to the powerful engines V 8, like the 427, the 350, the 327 and the 396. Since the pony car`s launch have already commenced, it needed to outrun the `Stang and to be topnotch as well. That was exactly what happened.

We want to introduce you John Villesgas from Southern California – a real fan of hot Camaros. He, himself owned the 1967 LeMans Blue Camaro displayed for forty-two year at this very spot. When John was in secondary school, he owned his first car-the aforementioned LeMans Blue 1967 Camaro. 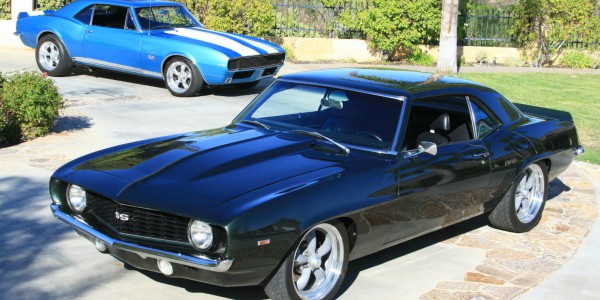 Here are some displays of his companions, created with distinctive and diverse goals. Two Camaros , an essential part of the pony GM car`s 1st generation – a 1967 Camaro strip car for drag racing along with its big 427 block always ahead during weekend night time bracket races. Then there`s the 1969 Camaro with 454 cubic inches power coming from the big block, that was in John`s stable for almost six years. These Camaros are not only essential part of the Camaros from the 1st generation; they also reflect top notch performance. A performance that can handle drag races and road races as well.

Detroit was the place to be at that time. All the fun was going on there. The 1969 Camaro, 454 inches block was very mysterious. John ride furiously around the canyon with the help of the 5 speed trans from Doug Nash, the 454 engine and the 3.55:1 cogs, with twelve bolts from Moser Chevy.

John`s 454, JGM Performance Engineering`s build car project and a true `70 big block LS-6 California with crank  made of steel and forged slugs. The LS-6 o- shaped heads made of iron are placed on top in order to get a grip of the compression. We are quite sure that you guess what  John`s arrival looked and smelled like back in the `69. All over the place the odor of the fuel spreading all over the place. 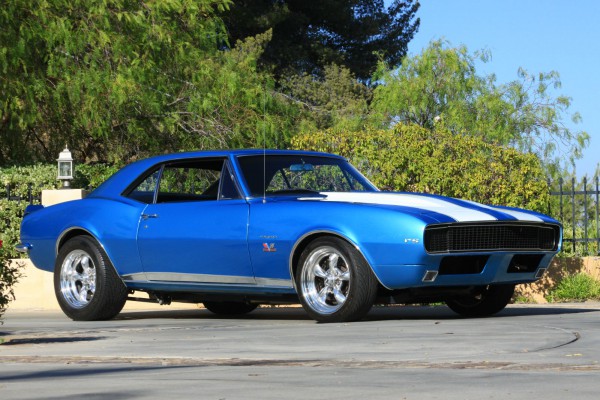 John chose an ignition system from MSD cuz he wanted a smooth fire. In order to keep the dispatch, sewer pipes from Hooket Super Comp, sizing 4 inches the secondary ones and 21/8 inches the primary were integrated within.

John`s Camaro has KYB gas at the rear end and Pro Shocks at the front of the original suspension system. Coil springs and multi-leafs were installed at the rear end.

John doesn`t store these babies. These Camaros are part of many car events, some of them on hundred miles distance from home.

It all started with the project of building an engine for some friend of John`s. This guy owned a `69 road race Camaro back then, which was wrecked in a crash and was going through repainting and restoring phase, performed by Alexander Rod. This Camaro ended up a gift to John, since his friend noticed his passion and the interest he took in customizing process.

John`s first idea was to dress up the car a little bit and the sell it in order to earn a bit.  But then the economy collapsed and he got really attached to the car. So, he kept it. He and his grandchildren go on regular trips with the `67 and the 69 two Camaros.

As we mentioned John likes to take his `69 on road races and when he is not doing that he is out there at El Toro, auto crossing. John is no still done with equipping the car. He intends to put some aluminum heads on, in order to enhance the handling and a new sound system. 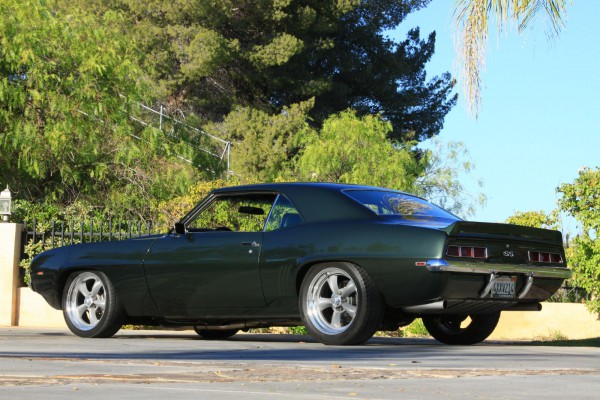 If you wanna a little more action, you are in the right place.

John adores his two Camaros, but he got really attached to his LeMans Blue 67. One of the reasons he is so attached to it, is the fact that he has it since high school.

Back then John had the ambition to be part of a telephone company, which he did for a long period of time. He is still part of AT & T, part of a company called the “Pacific bell”, John started working for, forty years ago. Being an employee in this company for so many years brought him the chance to support and raise a beautiful family.

When John was buying `67 Camaro, he also purchased a brand new 4 bolt 427 main block. John didn`t stop until he had a full 427 with all its heads, rods and so on. Back then a 4 speed from Munice was the real thing.

When Pam and John got themselves an alternaive means of transportation, the Camaro`s 427 got another task to perform. It was replaced with a 327 for a bit. Since the hit of the oil embargo from Arabia, John was obliged to keep his Camaro in the garage.

Fifteen years later, John decided it was time to d something about his highschool automotive sweetheart. Since it was kept in the dust for so long, it needed to be either sold or completely restored. He opted for the latter. So he started off a project. A friend of his donated a full L88 for the cause. John sent the components to Grubbs Jim from JGM Performace Engineering. Ever since Jim got the 427 in his hands he took the job very seriously and decided to create the meanest 427 ever.

So, he black powercoated all the chassis features. John wanted suspension and brakes since he got loads of torque under the hood. Up front were fitted 6 piston wheels from Wilwood with massive finned drums. The 427 was linked with an old – school 4 speed M-22  transmission from Munice.

Beneath the bonnet of the `67 is a Chevrolet LS-6 fat-block long on torque with a civil idle and good drivability. Inside, a stock yet refined interior with Auto Meter instrumentation. John likes those firm and lean period Camaro buckets and the nostalgic feel of a Hurst shifter in hand.

Thoughts and ideas about the two Camaros

John Villegas gets to enjoy both worlds in his two first generation big-block Camaros. The LeMans Blue `67 427 period drag car was John`s rocket ship of choice in high school. When it`s time to get the friction on, he hits the road in a tastefully executed `69 road-race Camaro with 454 power sporting smooth idle and serious get-down power for the twisties and straights.

We had to courage to ask John if the thought of the sale of his darling Camaros ever crossed his mind.

He didn`t blink an eye and responded negatively.

They have a tremendous sentimental value among other to him. They have been part of his life for many, many years.

John`s `67 RS is like family to him. The possibility to ever be put on sale is highly unlikely to happen. The 1969 SS is a rumbling beast, ready to go anyplace, anyhow and to shake the ground under anyone`s feet. John`s SS  is a living proof that you can leave a mark on the autocross and show up in great shape and time. The two babies were intended for two diverse types of sports and racings. At least, that was John`s intention.

His two Camaros, yet two very different approaches to vintage American steel. The `67 was born for drag racing while the `69 is a more dignified road-race ride. Either, well suited for Van Nuys Boulevard in the bad old days.

It doesn`t matter to him which of two Camaros he will take to a particular event.  He is sure of both of his sweethearts. Wherever they go, they will shake the ground underneath their tires. In whichever he decides to ride, he knows he will have fun. And he is willing to share all that fun with whoever that is up for the challenge.