David Craig, who was just a teenager somewhere in 1959, asked of his mom to be a co-signer at a car loan. His mother was going through this topic for many times in her head. It took her a while to reach a decision. Was this the right thing to do or just a foolish teenage fantasy? Would it have some terrible effects on her son? Is it safe to own a car at such an early age? With time all these worries have gone to waste. David now is 72 years old, owns the same 1955 Ford Thunderbird which is in the best shape, and has paid his loan. 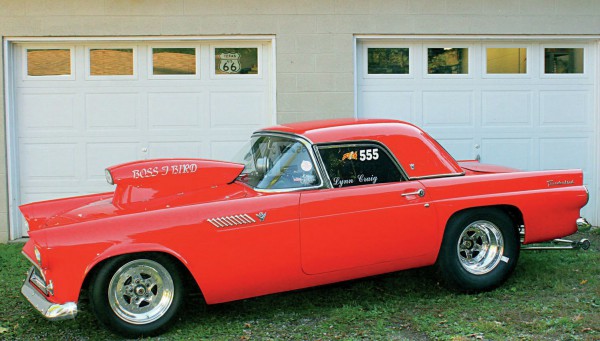 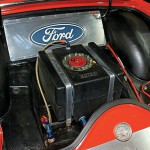 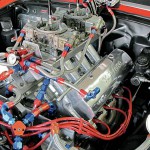 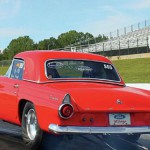 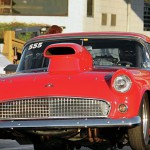 David was 19 when he saw the ad in the newspaper for the 1955 Ford Thunderbird, which was on sale.  $1,850 at that time, was quite a sum of money. Back then he was driving T-bird and watching drag car every Sunday. His routine changed when he and his friend Robert Dearing back at 1962 saw a TV show which told a story about two pals driving Corvette across the country. Martin Milner and George Maharis were the hosts of the Routte 66 show. David and Robert came to a conclusion that they can do the same thing, so they began travelling in a T-Bird for six months, working crazy jobs to pay their dues before getting home. They say that living in a two door vehicle left quite a memory on them as they became part of the National Guard.

The 1955 Ford Thunderbird was listed as kind of a personal extravagance, as Ford answered to Corvette. Although the `55-57′ styling of the Thunderbird demanded a youthful generation.  This imponderous 1955 Ford Thunderbird was quite a speedy then, having power from a Y-block V-8 292 cubic inch, but it didn`t suit the desirable muscle car status till the release of the 1957 model, that contained a centrifugal supercharger that boosted some serious horsepower, measured to be around 300hp. When the rebuilt bigger four door T-bird appeared in 1958, the glitch vanished from radar screen.

Having sold out approximately 53,166 cars, the First-gen `55-`57 Thunderbirds surpassed the sale of the Corvette from the same time. David claimed the as soon as he got the chance to own another car that he could use as a drag car, the T-bird had become more of a ferry vehicle, and they liked to tow cars at that time. The commenced by racing in Modified Production, which at that time was a class that NHRA started in 1964. David and his buddy Sonny LaPrad wanted to run a D/MP, so they chose to went for a 289.

They have already had the original 292 in their hands and placed in a more spacious engine from a `40 Mercury that he have had before. A Boss 302 arrived after some time later. Having Edith, as the main crew chief and as his life companion as well as the assistance of Billy Vineyard and Ronnie Sink, they raced till the end of 1996 when he suffered some health problems and realized that he spent too little time with his children. Soon, Dave found a reaso0n to get involved in racing once again.  His son, Lynn, finished high school in the year 1993 and following his father`s steps got sucked into racing. They were both interested in Classic Gear Jammers which is in fact a group from North Carolina- that deals with completely body, four- and five-speed race cars manually shifted  and without electronics whatsoever. Here is where the 1955 Ford Thunderbird comes in.

Dave got the car in the hands of Sonny LaPrad a notable racer, who dedicated quite amount of his time working on. He didn`t want to built a regular e.t. bracket car, so everything he did, he did it with the intention of preserving the original model. He kept it original both on the outside and on the inside. In the span of that period, only two things were happened. Terry Walters, an ex racer of IHRA Pro Stock, machined the block and Horn`s Upholstery were in charge of redoing the removable top. Dave`s son Lynn, a certified welder, was very beneficial both to the project and to his family in general.

In the end, when results came, both of them knew that it was all worth it. At the time, Dave and his son are competing with the car at Classic Gear Jammers and they are also part of some other races.  Having Lynn running the car, the 1955 Ford Thunderbird best estimated elapsed time during the 8th mile was measured to be just 5.61 seconds at distance of 125 mph, that meant that an 8.90-second passed in the quarter. Fifty-some years ago, Dave`s Mom wouldn`t have thought not even in her wildest dreams  that being the co-signer of that loan would have such a major effect on both her son and grandson, but from time to time a mother`s intuition just knows. If you are wondering if all the time and money invested in this car paid off, you be sure that Dave and his family had never had a better investment in all their lives.