When you think of a car chases, you probably think about those hour-long shows on TV where they drag out every detail, no matter how insignificant. However, this Audi RS6 chase is nothing like that – these four and a half minutes are pure action, one on one – one Audi RS6 and one Birmingham police car. The guys in the Audi did something bad, robbed one place or another, so the police is chasing them down and they don`t want to stop. Pretty classic start of a car chase, right? Well, it doesn`t end like a classic car chase! 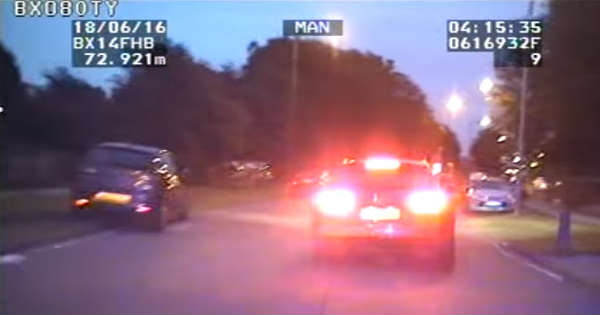 The people in the Audi RS6 somehow got away in the end, leaving the police empty handed and with nothing to show for, for all that damage to their vehicle.

Anyway, this Audi RS6 chase begins when a police car spots the Audi and starts driving after it, but the Audi driver and his friends are relentless and are not stopping. The police officer reports the Audi has a flat tire, but as it turns out, it actually had two flat tires and it still kept on going with the Quattro all-wheel-drive system functioning perfectly!

Even when the giant speed bumps keep interrupting the chase, the RS6 driver doesn`t relent and starts backing up and ramming the police car, making sure that they are unable to continue the chase. At the end, the police car with the camera stops and another car takes off after the Audi, still unable to catch it.