Donut Media released a series of videos called “Up to Speed” where they tell the exquisite tale of the Toyota Supra history. 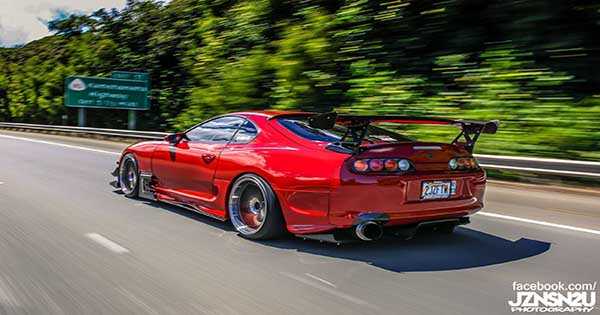 The host of is none other but James Pumphrey who elaborates everything from the Celica to the mega franchise – Fast and Furious! As we said, the story begins with the Celina and then James goes on to tale about how the Celica evolved through the years and became the Celica XX. Afterwards, in non-Japanese markets, the Celica XX became the Supra. Eventually, this awesome car known as the Supra managed to evolve into a sleek Mk4. The fans of this legendary model want to call this chassis A80. The last iteration of this marvelous model came with a six-cylinder engine.

This engine was deemed one of the best to ever leave a factory and is known as the legendary 2JZ. This 2JZ-powered Supra managed to become the greatest Supra ever. This Supra eventually got pulled from U.S and the entire North America back in 1998. It went completely out of production 4 years later in 2002. During the 2JZ Supra A80 run, it definitely became one of the most efficient and easiest ways for tuners to squeeze chunks of power from stock cars. The 2JZ Supra had a leading role and was the main car in the classic franchise “Fast and Furious.” This cemented the Supra as a huge star when it comes to the tuner era. This car is maybe out of production at the moment.
However, Toyota are currently working on releasing a new Supra on the market. Check out the video below and we hope you enjoyed the Toyota Supra history.

Now, we give you a MONSTER called Toyota Supra!