In this one, we have the top 10 fastest 0-60 mph cars ever built. This compilation is made and narrated by the YouTube channel – Top Trends. It`s a very popular channel with 2.2M subscribers on YouTube. The creator behind this video says that he got the inspiration for this list when he heard that the new Tesla Roadster goes from 0-60 mph in just 1.9 seconds which is unbelievable. Prior to this list, this YouTube channel has made a list of the top 10 fastest cars on the planet. However, this one is about the fastest accelerating cars in the world. In this list, you won`t see only production cars but all kinds of cars like drag race cars, supercar prototypes etc. 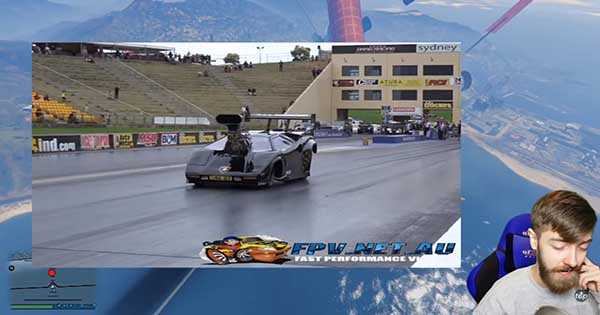 The cars included in this list are absolutely insane. You can definitely trust us on this one. The first car you`ll see on this list is the amazing Porsche 919 Spyder which goes from 0-60 mph in just 2.2 seconds. Up next you`ll see the Tesla Roadster which is the fastest production car on the list. Elsewhere, you can see one very crazy car in the Lambo Countach.

This car has a massive supercharger which goes beyond the height of the vehicle. Up next you`ll see something very unusual which is a mini drag car. It looks like a toy but it`s everything but a toy. It goes from 0-60mph in 1.5 seconds! The fastest car included in this top 10 fastest car list is one extremely powerful top fuel dragster. This car holds the ¼ mile record and accelerated from 0-60 in unbelievable 0.4 seconds!

On the other hand, Volvo is the fastest truck on Earth!