This amazing airplane struck by lightning compilation will definitely make you wonder what happens to a plane hit by so many volts. This is a moment that rarely who dread when in an airplane. However, a scenario like this is pretty plausible. Just imagine, you are flying, you are tucked up under an airline blanket, reading a book, when, out of nowhere, a flash of light strikes the airplane. However, what will you do in such a scenario? Should you panic, go for a lifejacket, or simply brace? Well, even though the headline of the video below says Plane Crash, forget about it, there`s no plane crash there, it`s just click bait. 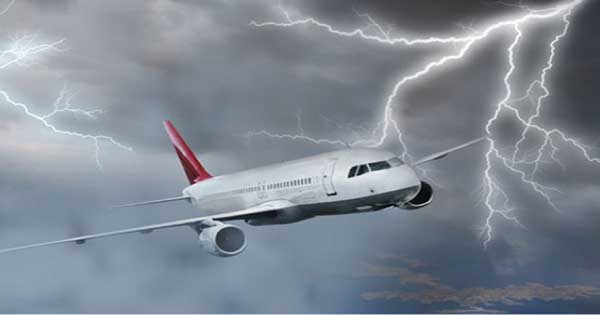 Nevertheless, the Crash Videos channel has garnered some pretty neat clips there. As you can see by the clips in the video, all the planes get hit by massive bolts of striking. However, even though there`s a huge amount of volts going through an airplane when that happens, the plane is completely fine. However, the question remains – why are these airplanes not seriously damaged? Well, a modern airplane is built from carbon composite materials. This material is consisted of a very thin layer made from copper.

With that said, the entire airplane is completely protected from electric currents. So, even though it can be seen as a very frightening situation you have nothing to be frightened off. The worst that can happen is small exterior damage. So, lay back, grab some popcorn and enjoy this amazing airplane getting hit by lighting compilation.

Anyway, take some time to enjoy this Krrish 3 scene and the insane flight!