Watching extreme videos of people doing incredible things or performances is always intriguing, and very often in these videos a moment is captured which is hard to believe, such as the epic lightning strike you are going to see in the following video. 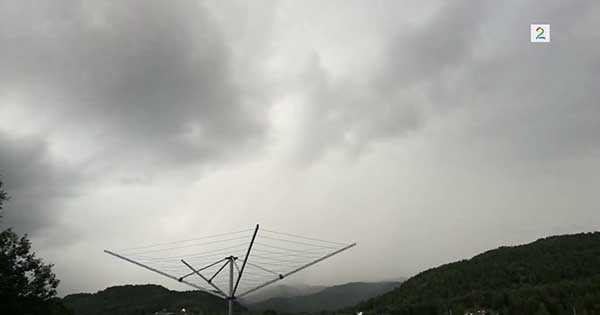 Whenever there is a heavy rain or a storm, we all love to take our phones out and try to shoot a video or take a photo in which we are going to capture a lightning. This is exactly what these guys tried to do, but at the end they were happy that they stayed alive. Namely, they are out in their backyard at a house in the hills and a storm is about to start. They thought that it is the perfect time to make awesome video from it.

They manage to capture a lightning at the start which hits nearby, but what happens next is absolutely shocking. The following lightning hit inside their backyard, just couple of meters from them, and completely destroys the porch and the fence. In a moment of disbelief, they rush inside their home. When they went outside to see what happened, they were utterly shocked and, at the same time, amazed of what nature is actually capable of. There is a slow motion from the video in which you can clearly see a whit flash when this epic lightning strike happened.
Check out the video for more and see how Mother Nature can be scary and fascinating at the same time!

At last, read the 7 catastrophes that happened because of lightnings!