Quite often we see videos of supercar drivers going in a race in which they are supposed to win but end up losing it against the underdog. So why is this happening? Well, there is one opinion that is shared by most people which states that supercar drivers are actually only bragging with their ride but are in fact bad drivers. After watching this video you be judge whether that is true or these were just some unlucky guys who misestimated their opponent. Even at the start we take a look at this gorgeous red Nissan who goes head to head with a sleeper. 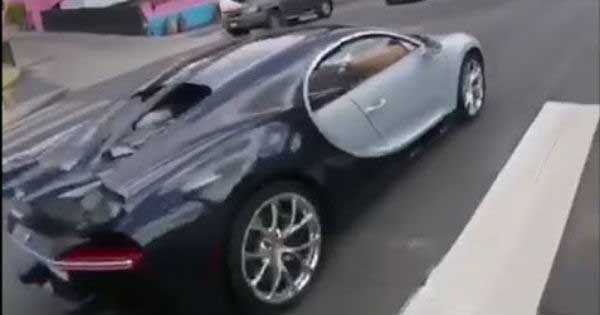 This Nissan driver was even arrogant to wave goodbye even before they actually started racing. To everyone`s surprise, the mighty Nissan lost the race to this sleeper. Furthermore we take a look at what happened when VW Golf goes completely mental and shows what the real deal is to these supercar drivers. The man inside the supercar is filming the whole situation, but little did he know that he was about to get a massive shock.

The mighty VW Golf approached from his right side and completely destroyed these super fast cars. But the fun does not stop there. There is also the video in which the taxi driver managed to get the win against the yellow beast. It is a legendary video and we can never forget it.

What do you think, which was the best race in which supercar drivers lost to a sleeper? We know supercars… but what in the world is this?!