Seeking for a new project or a new adventure is something we all love to do and it does not matter if it is something simple or on the other hand, something more complex and time consuming, it is still worth the effort and in the following video we check out such projects in a compilation of the Strangest VW Beetles ever created. 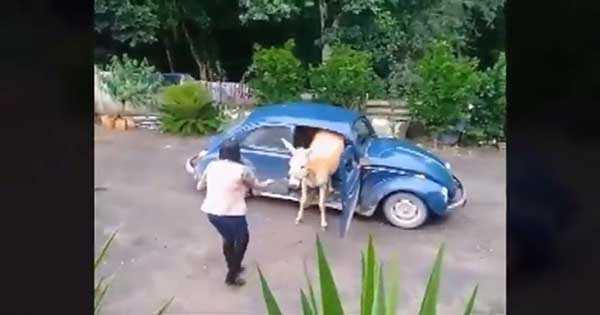 These guys had the idea and the will to come up with something truly unique. The video starts off pretty nasty, as we see a Beetle crashing into a wall and nearly hitting a pedestrian who parked his car nearby. It was a hard crash but luckily the pedestrian was fine. We are now off for the real deal.

In the second video we see a Beetle which might fool with your mind once you see it out on the road. This enthusiast made it from the two front parts of the car! It looks absolutely amazing and it is built to perfection. Did you know that there was a Beetle Pick Up? Neither did we but this man managed to build such car. He put together a nice and neat Pick Up which everyone would stop by to take a look. The strange Beetles compilation goes further on with a skull popping out from the cars` engine and opening its mouth as the gas is pressed. Check the video for and you might find the perfect Beetle for you. What do you think, which is the best Beetle?

The Most Strangest Beetle Car You Must Seecocktailvp.com