Another truck fails compilation which proves that some people should stay away from vehicles. 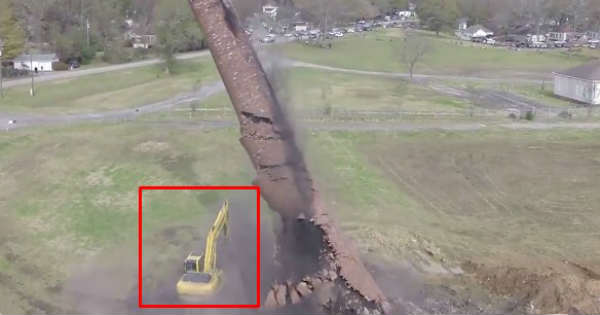 You probably know by now that some pretty hairy situations can happen while operating a truck. It just takes one millisecond for a disaster to happen. This can be very dreadful for the truck driver as it can ruin his entire career. Now, we are not saying that these truck drivers are unskilled because it`s completely human to make a mistake. However, we will show you a pretty funny truck fails compilation that is bound to make you burst in laughter. This compilation is made and shared by Failarmy who sure knows how to bring us the most entertaining fails all around the world. Besides major fails happening with trucks you can also see mega fails with forklifts. In fact, one forklift driver managed to wreck an entire warehouse in just mere 3 seconds.

Other major fail you can see is done by a guy with a bulldozer that`s demolishing a huge chimney. However, this guy apparently got his physics wrong and completely miscalculated where the debris of the chimney is going to fall. As you can guess, the entire chimney collapsed on top of his bulldozer that made a pretty scary sight.

Fortunately, the guy operating the bulldozer managed to escape this frightening incident unscathed. Elsewhere in this truck fails compilation you can find other clips that doesn`t include trucks or other vehicles. You can see a lumber jack cutting a tree but something goes wrong and he almost gets squashed by the falling tree. Fortunately that isn`t the case and the lumber jack gets out safe and uninjured.