Business Magnate and car enthusiast, Roger Dudding, has managed to amass Britain`s biggest car collection consisted of 350 vehicles that are worth around $50M! However, this story is not over as he recently spent $9M on a brand new garage in order to store more new additions in his collection. His garage consisted of rare and sought after vehicles is located in Potters Bar. His love for automobiles began as a teenager. When his father bought a `52 Morris Minor his love for cars only started to grow. In his collection he has different cars that range from exotic and luxurious to mundane everyday vehicles. 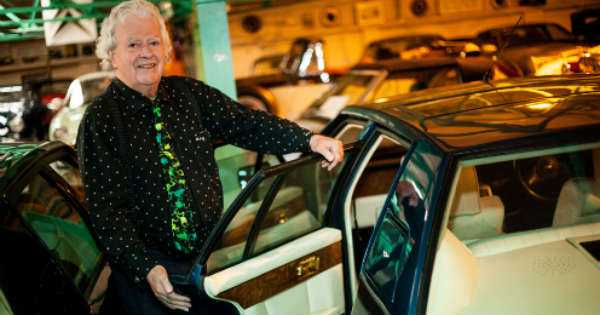 Dudding got rich thanks to his intellect after inventing a machine for paper tickets back in 1970. This machine was then used by Selfridges and Harrods. One of the classics featured in his insane collection are a 1955 Ferrari F355 GTS, Aston Martin Lagonda and a 1954 Jaguar XK120 Coupe Drophead to name a few. Elsewhere you can find an extremely rare car that dates back from 1918 and it`s a Hispano Suiza that only produces 8 to 10HP.