Bill Goldberg is just another celebrity with an astonishing car collection. Check out these classics! 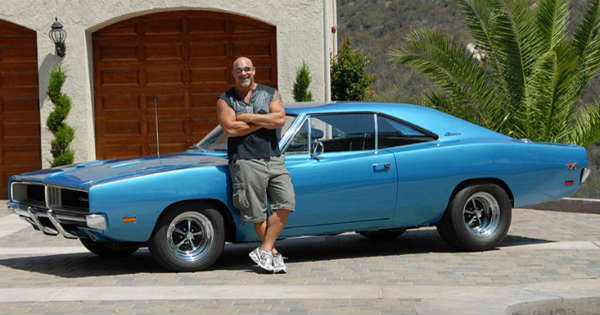 We all dream of having a car collection on our own. Occasionally, we take a look at someone else`s garage and are left amazed, especially the garages of famous people. Though this dream might come true for some of them, some will not be so lucky after all and have to comfort themselves by watching videos of some of the most amazing car collections ever. The following video is exactly that, we take a look at Bill Godlberg`s classic restored cars. Some of you might even recognize him, as he used to be a professional wrestler and a professional football player.

His current car collection has 17 cars and most of them are American muscle cars. First on the list is the 1968 Plymouth which was his first muscle car as well.

This beast was under the restoration process for 5 years. He bought it for $20,000 and once it is fully restored it can be sold for as much as $100,000. The engine is primarily what made him purchase this beast.

There is also a 1968 Plymouth GTX Hardtop next to it. What follows next is absolutely stunning. It is the 1959 Chevy Biscayne. This car has the original color and the classic 4-speed transmission. Their production ended in 1972 and it is estimated that it costs around $50,000.

But the best part about it is that this is a Moonshine car. Basically, it was a car modified to hide liquor or outrun government agents in dry countries. You should check the full video and see the rest of the compilation!

At last, check out the largest and most expensive private car collections in the World.