Volkswagen has finally come out with their own concept for an autonomous car, and it`s called the Volkswagen Sedric. 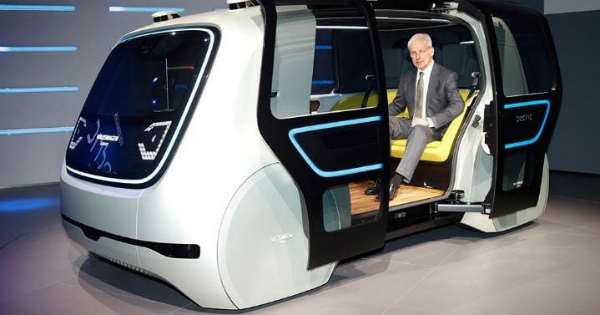 This futuristic model of a vehicle looks really breathtaking, as every little bit of space has been maximally utilized to fit the intents and purposes of this car. There is no driver or drivers` seat, so it`s like you`re riding in a sci-fi vehicle when you`re inside. Of course, you won`t be able to be inside for at least another decade since VW is still working on these things and has no plans to put them anywhere near mass production just yet, but just from looking at the concept you`ll be getting the sci-fi car cravings. This car looks so good that you won`t even think about the fact that you can`t actually see the wheels.

Anyway, the Volkswagen Sedric appears to be completely powered by electricity, so there will be none of that pesky environmental impact that normal cars have. Also, since there is no driver, you get to tell the car where exactly it should be taking you, which needs to be done really correctly since nobody is going to stop and argue with their car in the middle of a rush. Knowing modern voice recognition software development, that won`t be a problem at all.

Also, this car is obviously set way in the future, and even the video demonstrates how everything around it is just as modern, with driverless buses and cars being the dominant modes of transportation. If that`s the future, I want to see it as soon as possible!

At last, check out all the concept cars that Volkswagen plans to launch!