Have you heard before about the famous Murder Nova? Over the course of these past couple of years, maybe a decade, we have seen some amazing super cars rolling of the production line and into the streets in our city. The competition is tough and car manufacturing companies are struggling to keep in touch with their rivals. But even though the world has seen so much these recent years, it seems that nothing can beat an old and classic ride that can never be forgotten. The Murder Nova was an awesome car and Shawn Ellington really made it look exceptionally good but prepare yourself for an ever better ride that has just been released. 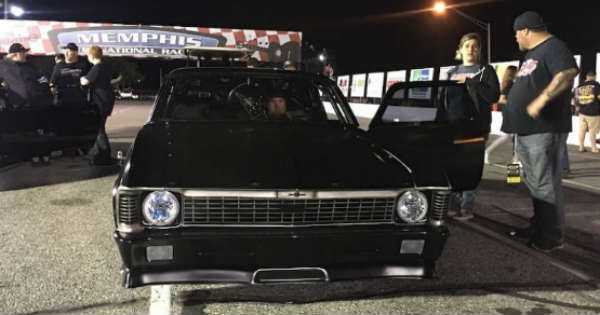 Even though at first glance there is not much difference between the brand new and the old Murder Nova, what lies under the hood is what matters. Though many of you might find this fact rather surprising, but Shawn placed a smaller engine in the new Murder Nova. It is the 482ci ProLine small block. He kept the same 88mm turbos inside. It was said that this brand new engine is capable of doing revs at 9500 RPM.

We get the chance to see this beauty in action on the drag track and it looks and sounds absolutely awesome. It is extremely fast as well and it seems that nothing can stand on the way of this amazing classic. The car simply flies across the track and in just seconds, it disappears from our sight.

What do you think about this amazing ride? At last, check out this 1967 Chevy Nova also known as The HULK!