I know that each and every one of you had seen many of those movies in which some positively crazy scientist is trying to do something insanely cool, with diverse final outcome, right? Well, here is one of those, but in real life -- a guy who is building and constructing a Quad Turbo V12 engine, by a conjunction of two Toyota Supra motors, and if you are a Supra fan, then I think that you are going to like it.

In fact, not just that you are going to like it, but it will make you hold your breath for some time, believe me. The guy who is behind this project is a retired mechanical engineer who is putting a pair of 1JZ motors together in order to get a real torque-storming V12 motor, not like that nice and smooth running one, currently produced by Toyota.

Thanks to the ClubLexus, we have found some of the details from this guy`s work, and made this small gallery, to get you much closer to this crazy but very cool project.

First he cut the bottoms of two 6 cylinder Toyota Supra motors, then machined, stressed, welded and finely balanced a crankcase for exactly 120 degrees. He has also purchased a custom built crankshaft from Scat with a SB Chevrolet main and Honda rod bearings, as well as Honda H-beam rods. By using modified Toyota oil drain back holes, he bolted the cylinder block. There are also common ports at the center of the engine, and just for the sake of fun, he placed the exhaust ports at the center also. And after few other original decisions, the final result is this 5 liter, 300 CI Turbocharged that should generate 800 HP!

But that is not where the fun stops, he is planning to drop this Quad Turbo V12 monster into a 1955 Chevrolet truck (or maybe some other custom built project), instead into a Toyota. What can I say except that we are keen to see the final result of this real life mad scientist. 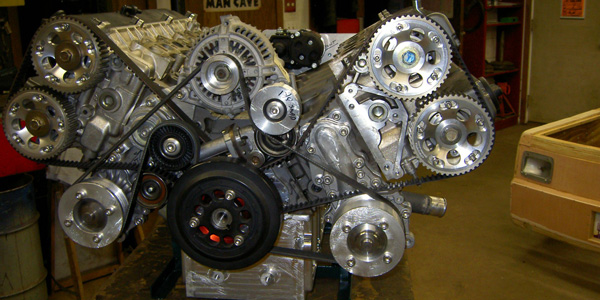 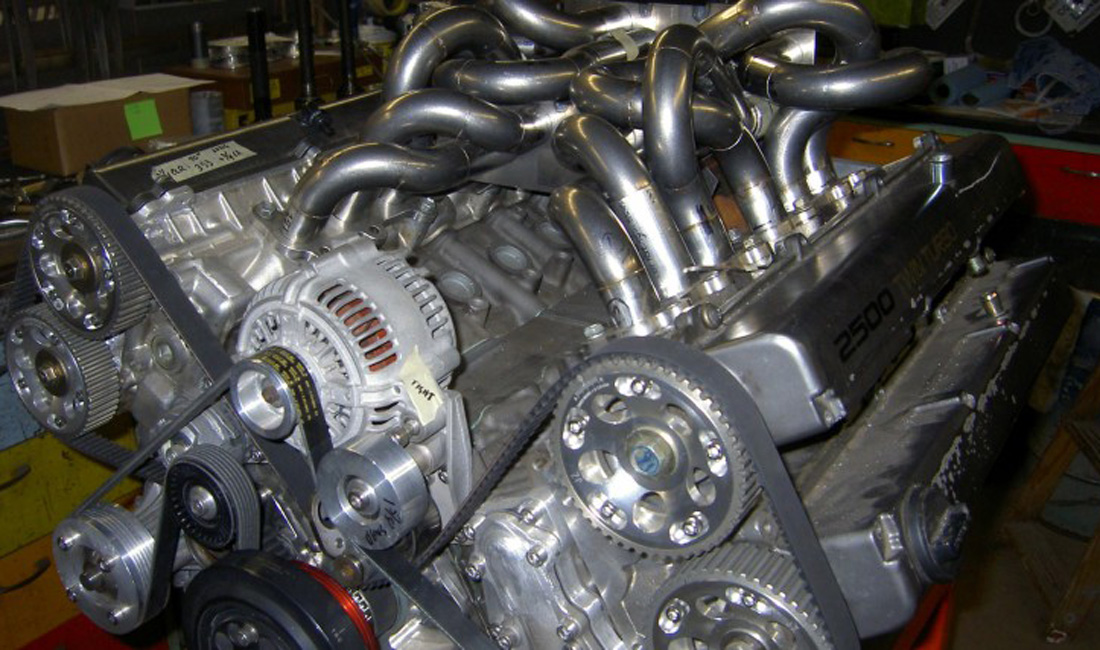 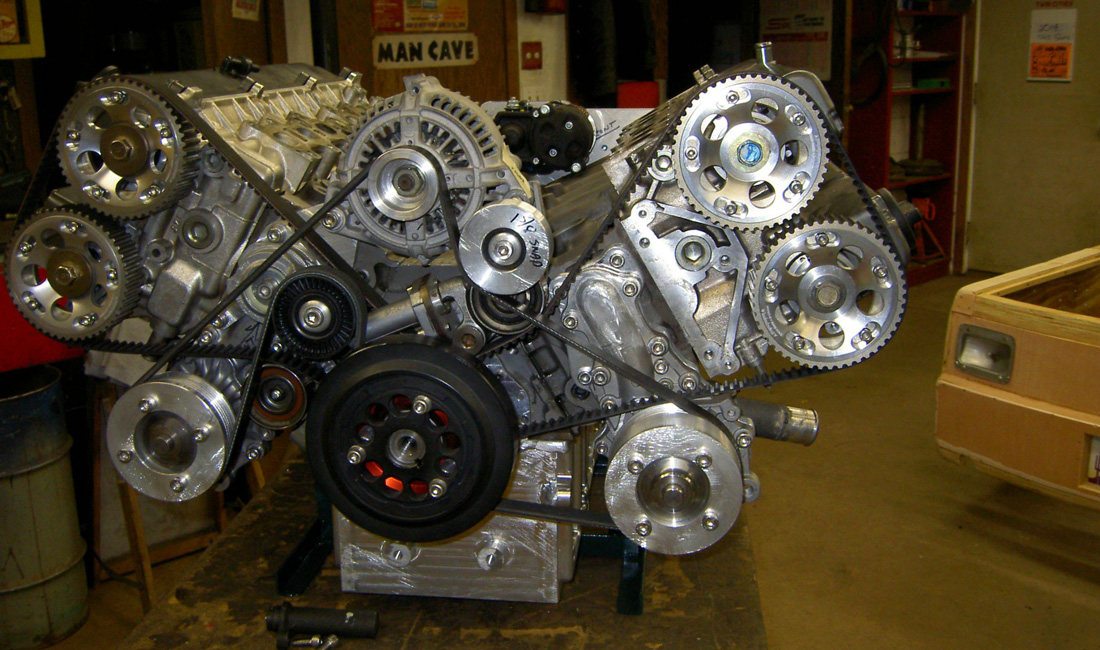 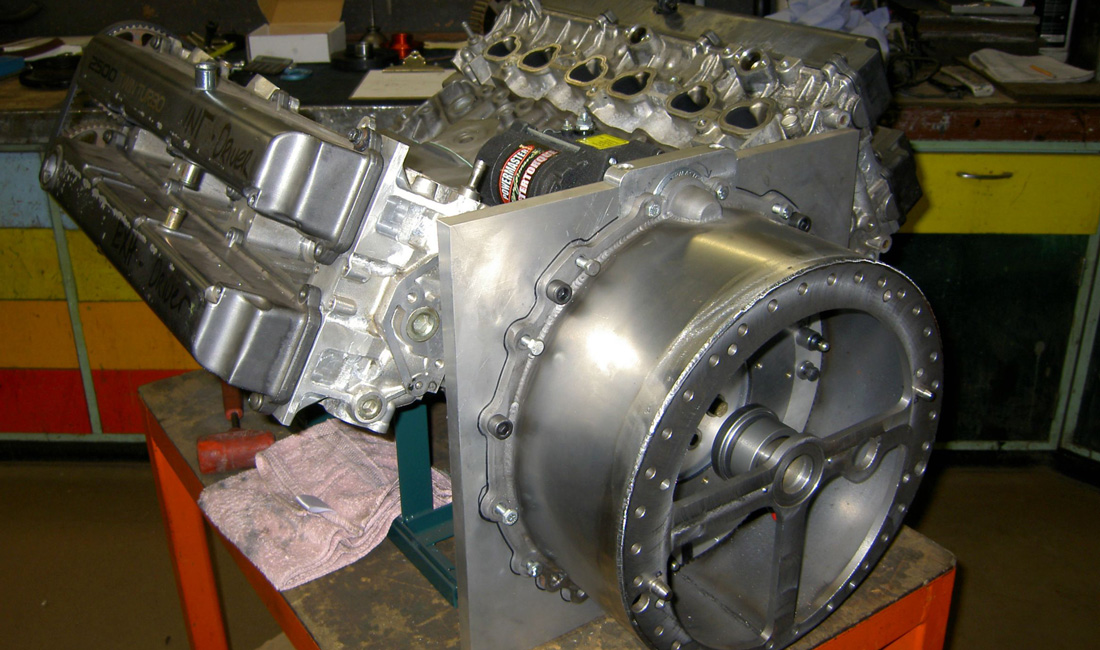