One of the best 1955 Chevrolet Bel Air cars. You know we chose only the most intriguing and breath-taking stories to present you, hoping to leave you aching for more. So, now we have exactly that type of a story. It`s the story about Louis Jackson and his Bel Air big block engine. Namely, two years ago he had a race he needed to attend. Though his friends supported him tremendously, telling him that the race was a piece of cake for him, he was still anxious. Finally, he passed 5 cars and  won and later on the guys with whom he was racing told him that he thought of his Bel Air to be just a show-up car. But, he backed his reputation in the end!

We do not support such illicit activities to be clear but anyways we are very glad to know that Louis is paying the respects of the 1955 baby. 55. His vehicle is a true example of the trend of a car that came together just fine,  that can win the gold at any the show presented. 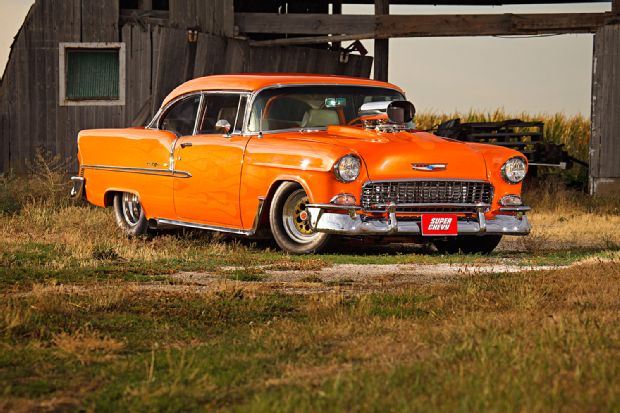 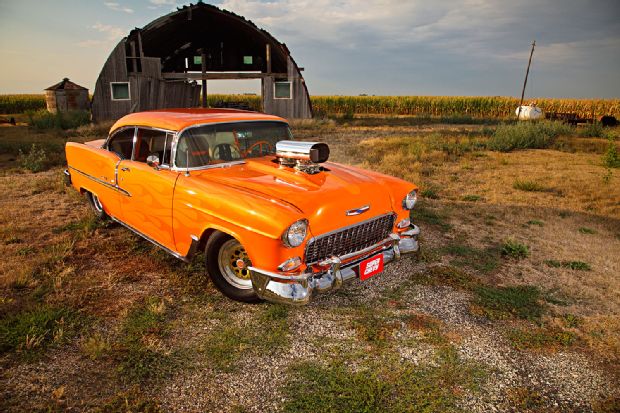 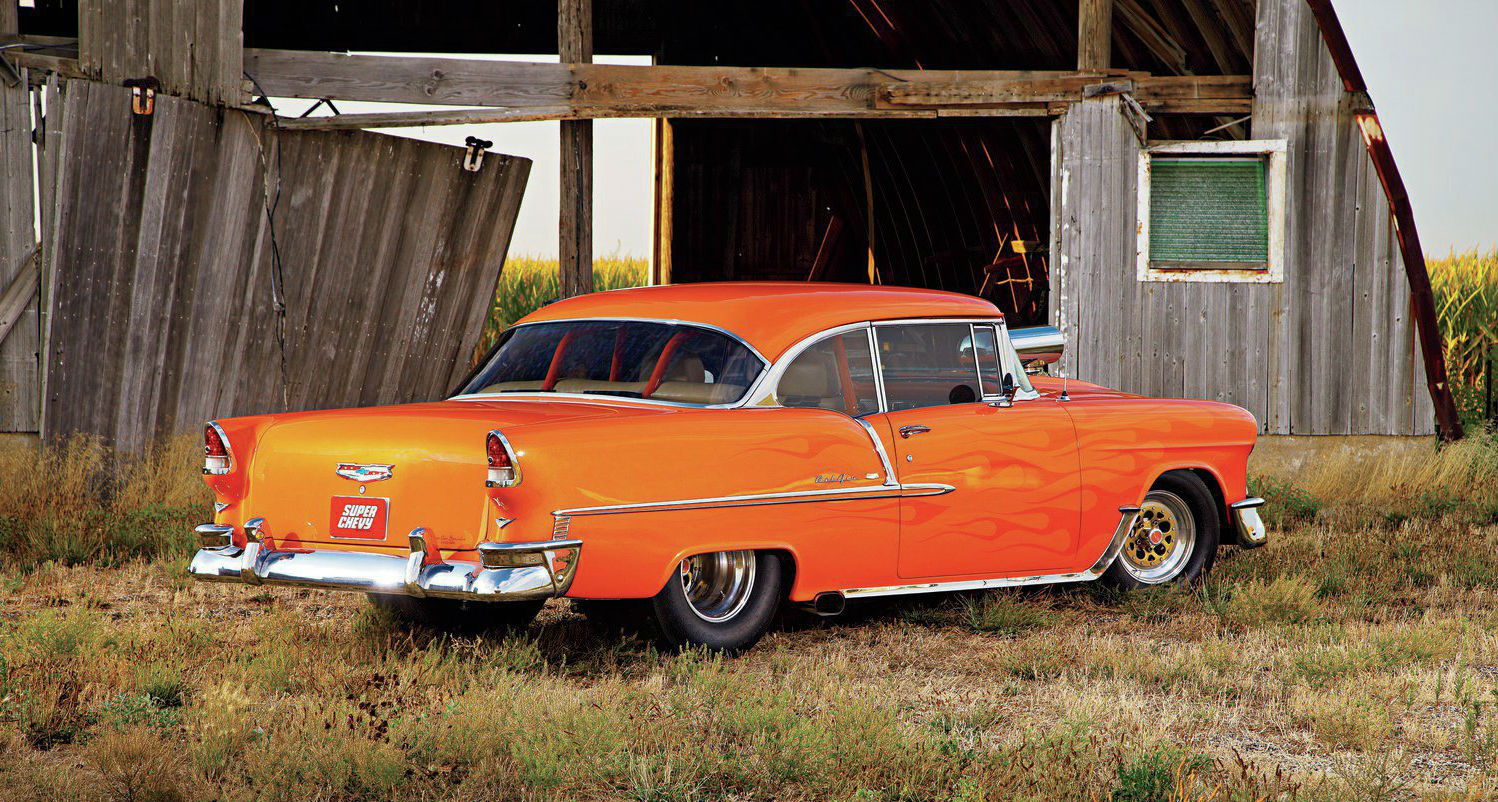 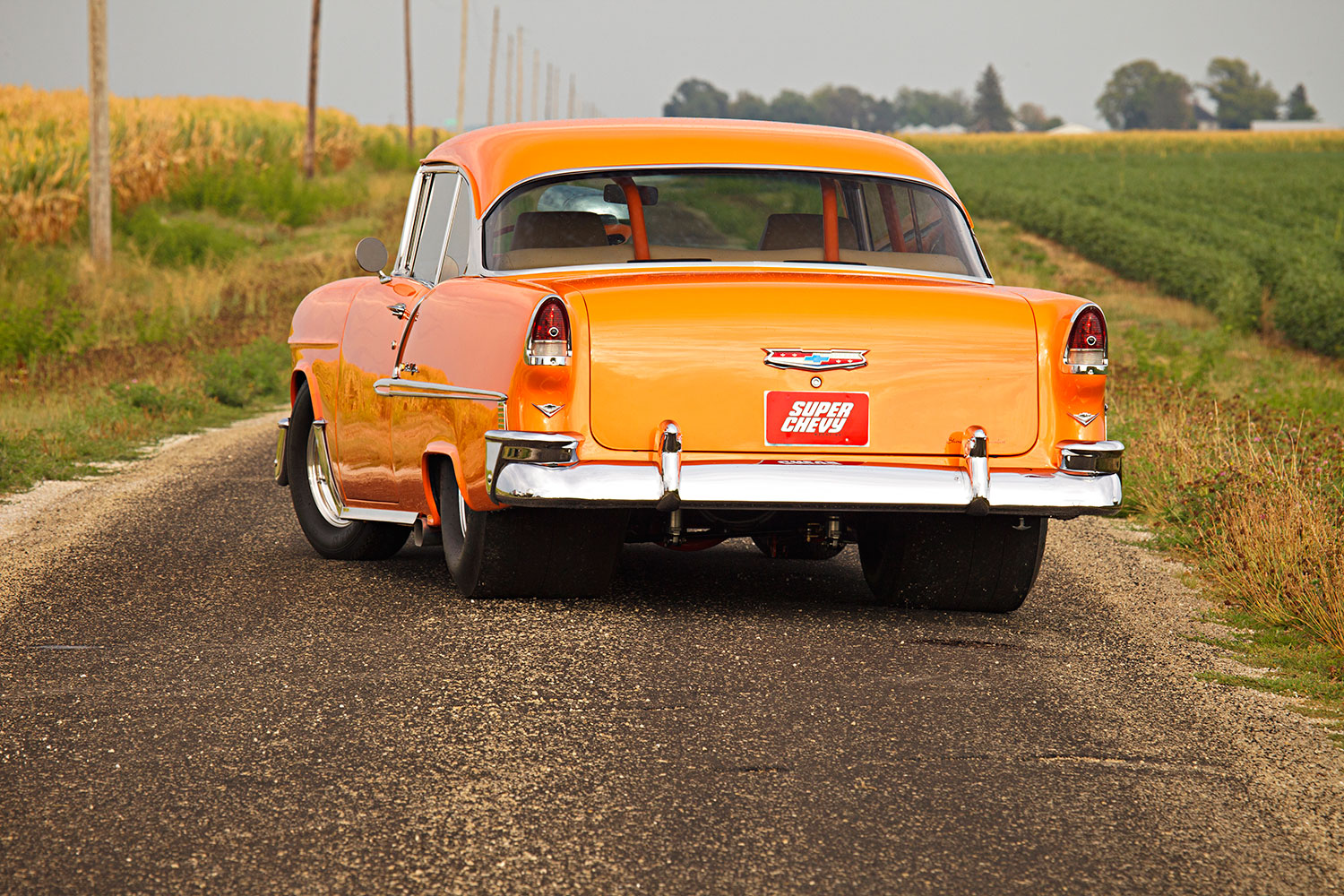 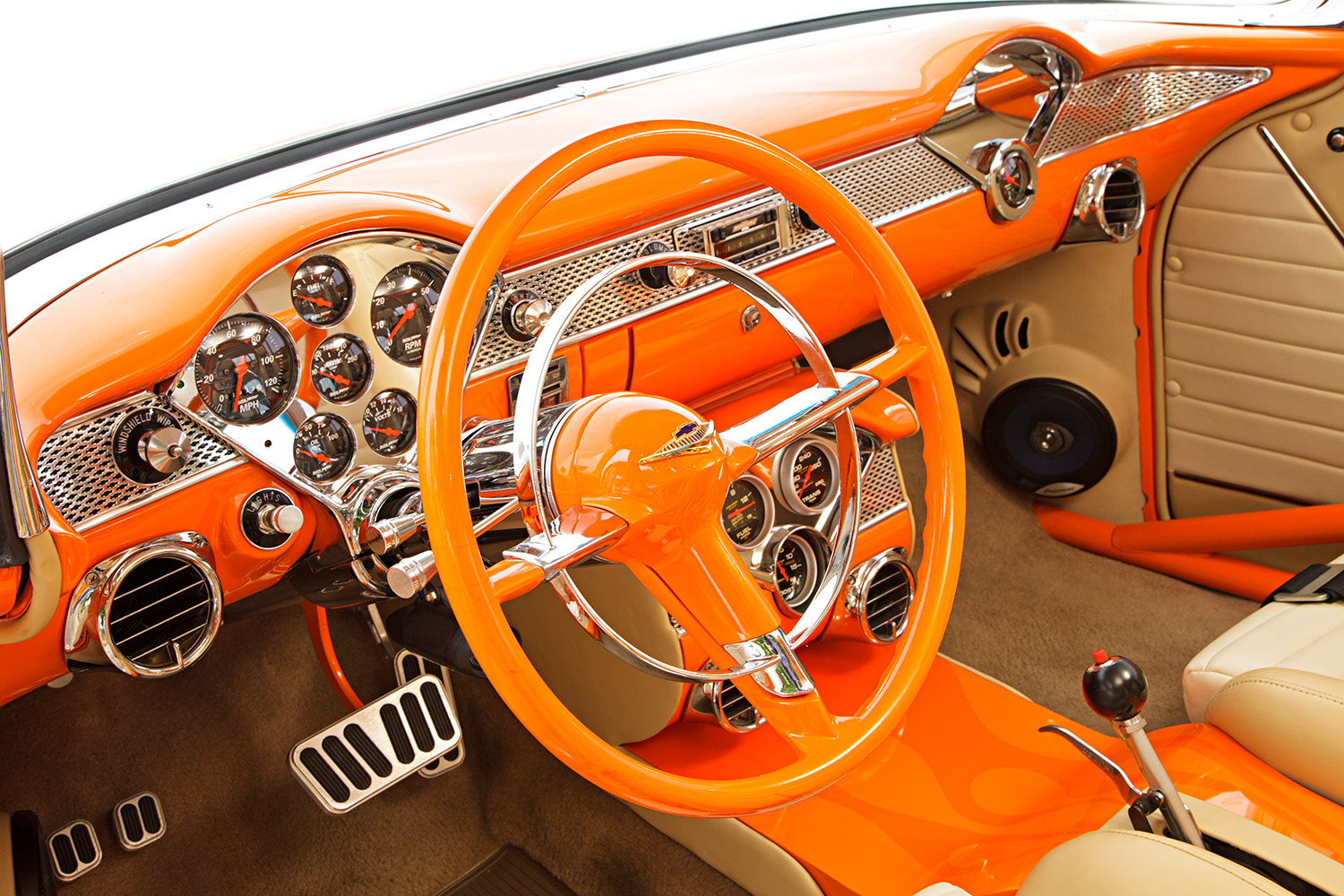 Nevertheless, it hasn`t been easy to make the Bel Air to the point at it is today. Louis is making arrangements on what`s to be his 3rd engine, and the boy that performed the half work out back right before he bought the `55 did several mistakes that were not cheap to correct and needed to be settled in order the project to take further steps.

Button Automotive did the 540-inch Rat under the hood, with heads Dart Pro One and a B and M supercharger Mega 420 Blower.  At 6,200 rpm the car boosts 780 lb-ft and an amazing amount of about nine hundred horsepower.

The car has a Manual trans M&M valve-body Turbo four hundred which gets the power to the narrowed 9-inch. After going through lots of torque converter problems, Louis finally settled a 2800 stall Neil chance unit, that he practically adores. While we are at the 9-inch, we must not forget to mention that it was built by Rear Gears  of Danny Miller.

The interior on this `55 Bel Air is a true mastery and what draw our attention at the hardtop were its particularities , especially the center console which was custom made, a true Louis`s design. The front of the console is in fact set from the parts of other 1955 Chevrolet, three Auto Meter Pro Comp gauges and two vents A/C. The other parts are consisted of smooth and cozy seats from Ultra Leather, an orange rollcage, more gauges as well as the other details. High Tech built it. The interior and the trunk are matching.

Louis also takes credit for the performance of this work and of the paint job as well. Roger also did an amazing orange paint job with gentle flames.  On the A-arms and trans pan, the front spindles, the intake and on the blower case is used Permasting Coating.

Ferris was in charge of the cowl panel , the gas tank door, dash seams and the fender extensions. From what we see here, he did an amazing job. A true mastery.

Louise has always been a little bit of a brute when it comes to cars, so he did his 1955 Chevrolet that way instead of going for a fashionable, custom, fresh, clean more of a modern type of look which seems to be the option of many folks nowadays. We are truly astonished by what they have achieved.

One of the best websites on the market for sale. Check it out on this link!