Most of you probably know the name of Jim Guthrie very well. Guy who has been part of Indy 500s three times, and in more recent times, competitor in the popular Formula Drift competition, against guys like Vaughn Gittin Jr. and Justin Pawlak and he own one hell of a 1999 Ford GT-150

Nowadays Jim is owner of great body shops called “Car Crafters”, in Albuquerque, New Mexico. He is using his shop a initial backer for his motorsports career and with a help of it he managed to become IRL Rookie of the Year in 1997, win at Phoenix International Speedway that same year, beating some of the best at Indy 500 etcetera. 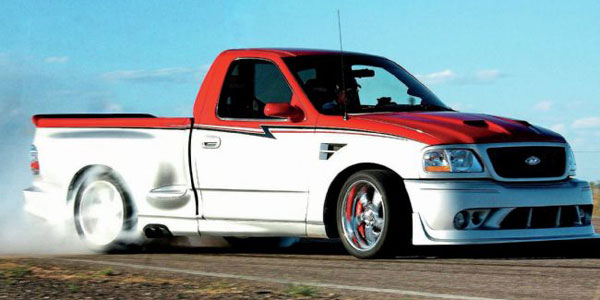 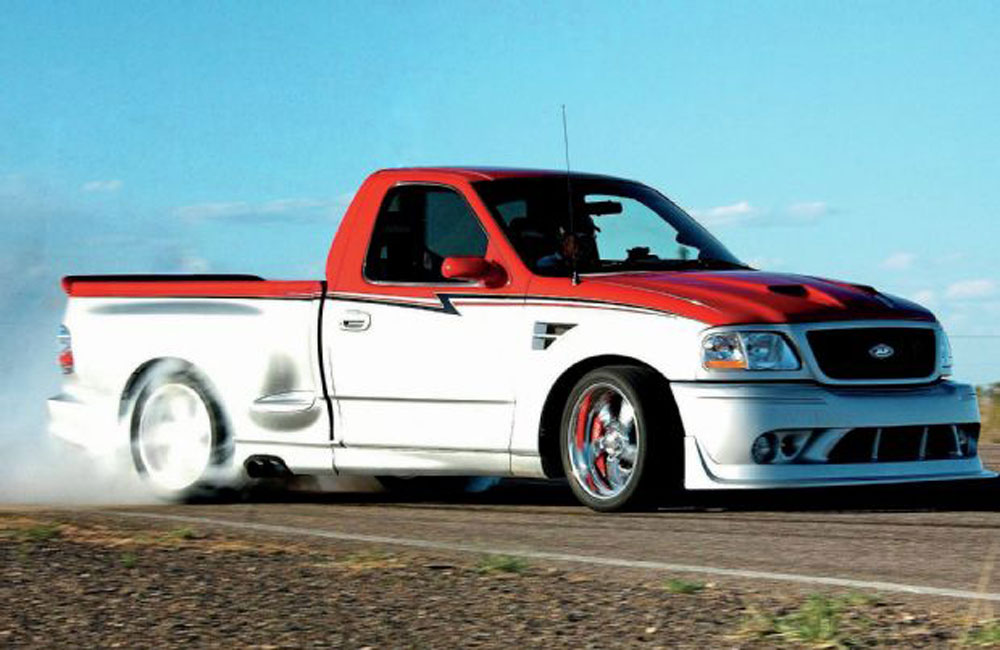 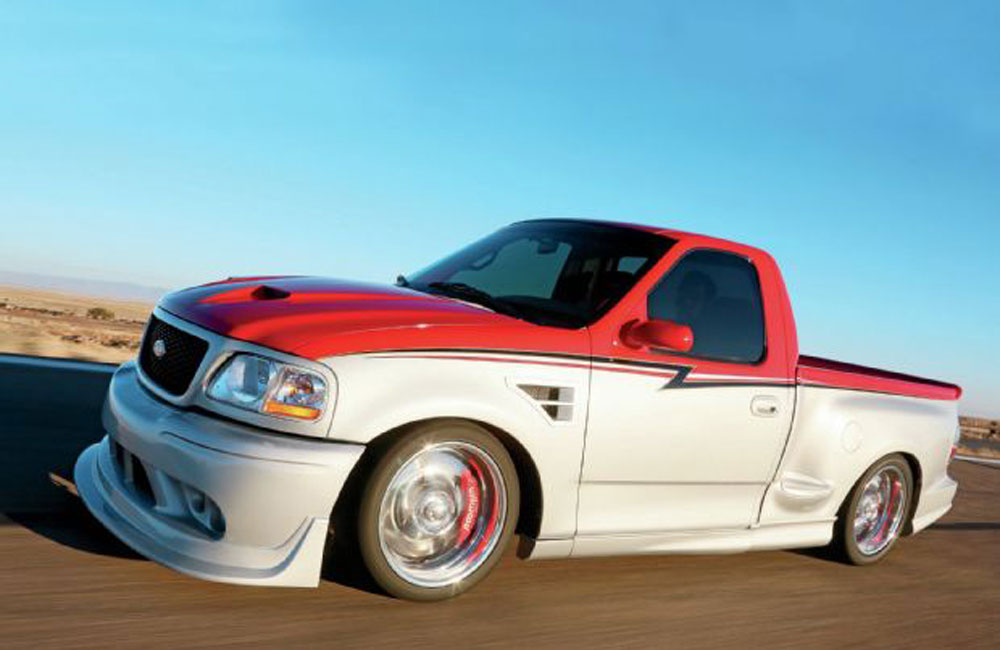 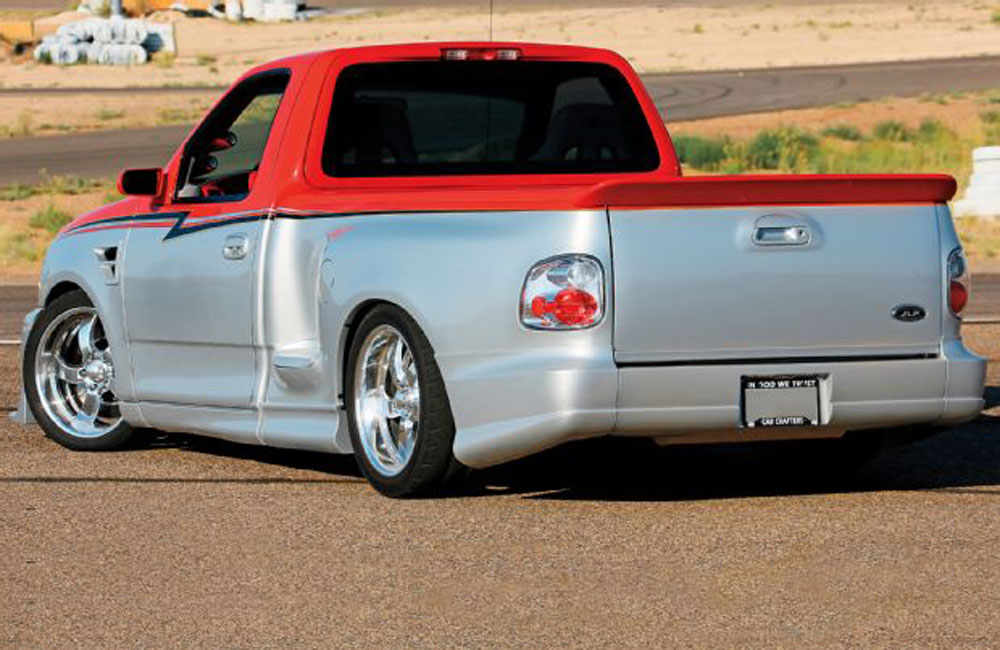 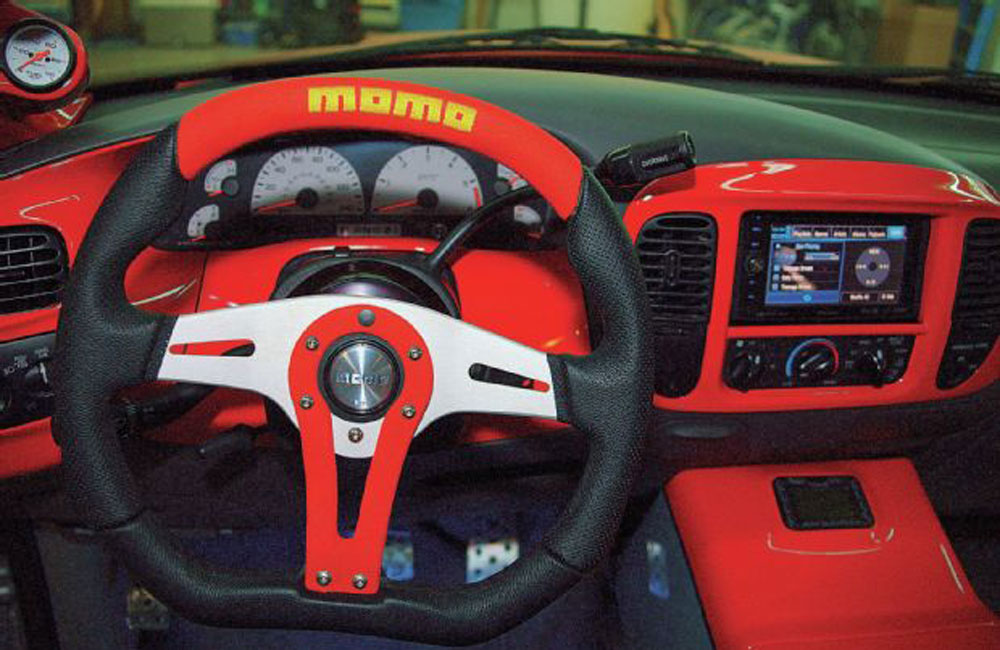 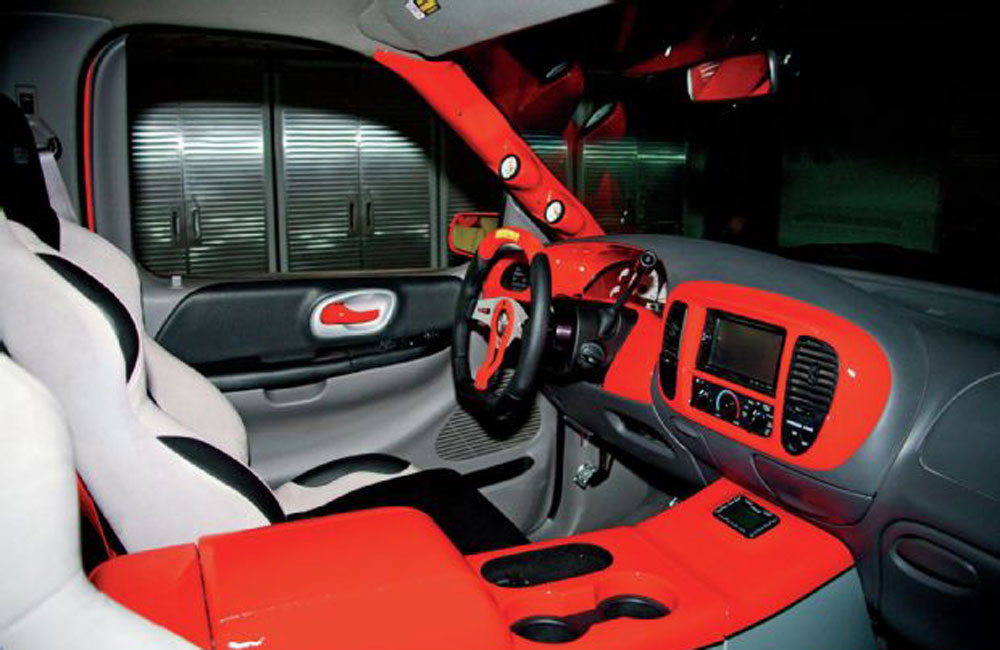 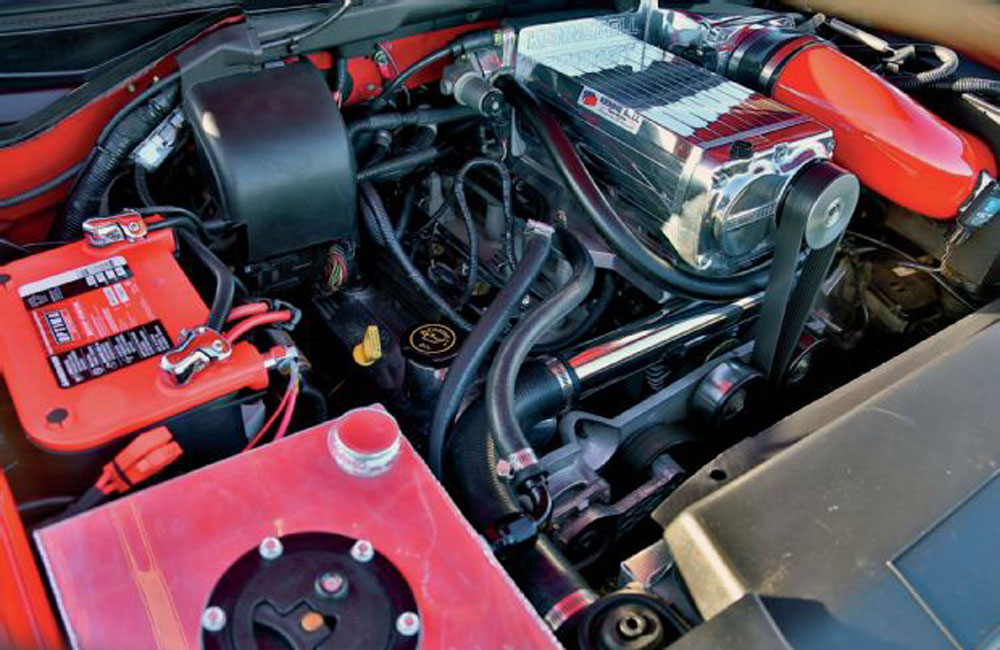 For his personal needs and pleasure, today he owns a purpose built ’11 Mustang GT with a lot of street power. As you can presume, Jim is a kind of guy who loves fast cars. Evidence of this can be clearly seen with the current (and abovementioned) Mustang GT drifter with 650 HP, than the real monster like the 843 HP Ford GT and out main topic of discussion today -- the custom made SVT Lightning monster!

His love for the latter is dating from the time it first got out 21 years ago and by this day he had owned three of them. In the one from 1999 he modified the intake and electronic control, enhanced the exhaust and made many other interior and exterior changes to fit with his personal taste. His passion for fast trucks lead to the construction of the SVT ultra fast Lightning beast.

When decision for building of the Ford Lightning was made, next thing was to find the proper truck. And he did not had to look a lot, in his home state of New Mexico, in Chama there was this red ’99 Lightning. After it was cleaned, straighten up, free of rust, together with the guys from his talented crew at Car Crafters, completely took it apart and step by step started to transform it into the super truck he had in mind.

Final goal was to construct a truck that would be good both for dragstrip performance and road course as well and at the same time to blow the minds of everyone who will look at it! They painted it with a Ferrari Corsa Rosso Red and Ford GT Silver and Jim shot the lightning bolt graphics himself.

Interior was also designed so that everyone who will see it will know that it is a machine, all abut power and style. There are Corbeau racing seats and four point harnesses and many high tech gadgets.

Under the hood of this beautiful monster there is aluminum built supercharged V8 by Johnny Lightning Performance who had started working on a strong bottom and continue up from there. In order to make it as strong as possible, there are many heavy duty goodies and on the top of it, there is a polished Kenne Bell intercooled supercharger.
And the supertruck is ready to conquer any obstacle, melt every piece of asphalt out there with its astonishing looks and power on which many musclecars would be jealous. There is not a slightest doubt that Jim Guthrie had prepared this monster, packed with performance and personalization, compatible with his profile of hard core driver and drifter that we know him to be. A truly legendary 1999 Ford GT-150!