When it comes to Burt Reynolds movies, no one puts Hooper in the spotlight, even though it`s one awesome classic car movie. Even though it features Burt Reynolds and Sally Field with a badass Trans Am, Hooper was a fail at the box office. This is a film about an aging stuntman played by Burt Reynolds who is the coordinator of a prosperous action movie. This film features all kinds of stunts and funny antics. These elements provide much entertainment which is aided by Reynolds` character use of alcohol and pain pills. This added much to the comedy. 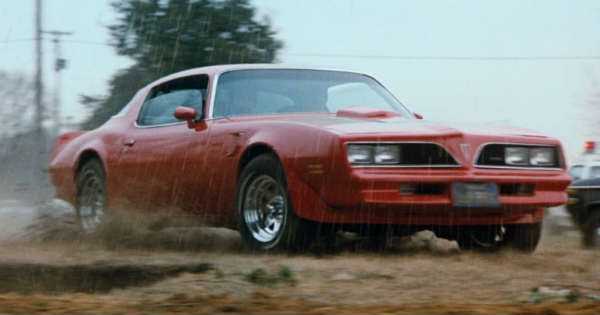 However, it was a very clever way of visualizing the physical toll stuntmen had on their body as well. Even though it had all the elements for a domestic blockbuster, it just did not play well. Maybe the audience was fed up with Sally and Burt doing stuns with a Trans Am? After all, this was made just after Bandit that managed to bring $300 million domestically. Nevertheless, Hooper is a classic car movie that should be watched not just by car fans but by all movie fans in general.

Hooper is a film with great dramatic narrative but if dramatic plot is not your cup of tea it still has some pretty awesome action sequences. The final action sequence actually features more explosions than almost all Michael Bay flicks: motorcycle crashes, car wrecks, smoke stack collapse, 18-wheel tanker explosion, a huge bridge destruction and more.

However, the film will always be best known for the famous car jump of an area where a bridge used to exist. At last, check out the best car movies every gearhead must watch!