Car modifications come in every size and shape, from people changing their engines to a complete body work, you name it. But the following video might give you shock, as we take a look at this very special VTEC Mini! 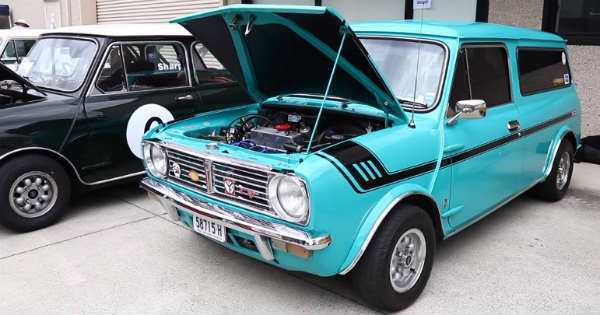 Yes, you heard it right; this little monster has a Honda VTEC engine. How on earth could that be possible?! It took hours and weeks of hard work, many cuts and chops, in order to finally fit the beast under the hood. Shortly after, the guys from Mighty Car Mods decided to take their latest creations to a classic car meet. All they wanted to hear is people`s opinions and see their reactions. Just as they approach the event, we see number of Minis.

Each and every one of the cars there has been restored or modified in any way and hundreds of people got the opportunity to take a look at them. There were also competitions in which every Mini was eligible to take part in.

Their Mini has entered in the category called Rover & JDM category. The judges give their opinions and marks on many aspects of the car, so it is not just the engine itself. Numerous awards were given and everyone there had a great time sharing their thoughts!

Finally, check out the MINI Cooper S that completed the Nurburgring on two wheels.