If you`ve ever been the victim of having your stolen motorbike disappear into thin air when you stop paying attention for a minute, you`re going to love this. This guy had his motorbike stolen and soon afterwards he stopped looking for it, after having no success with the hunt. However, when he saw the bike parked right across the road from where he was, he knew he had to investigate and he walked up to the bike and started looking at it. Fortunately, with the help of a few old stickers and some mismatching parts that he put inside, he managed to identify that it was, indeed, his bike. 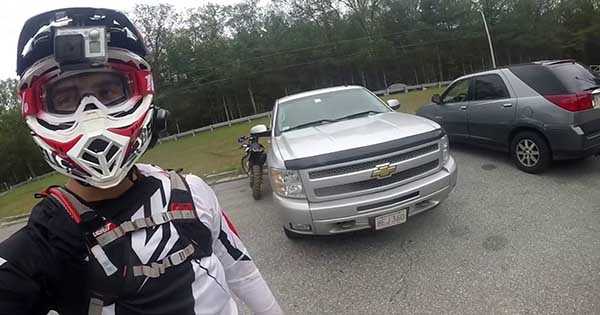 Of course, he waits for the person that has the keys to come out of somewhere so he can recover his beast, and he doesn`t have to wait long. After the guy shows up, he takes his stolen motorbike and high-tails it in the woods, nowhere to be found. The police arrive, but with not much to say other than advice to call them if they see the bike again. However, that never becomes a necessity as the guy that was driving it, comes back.

It turns out that he wasn`t the thief after all, and that he had bought the stolen motorbike from someone else. So, the guy returns the bike to the two brothers that were there looking for it, and it all goes down in a very smooth and cool manner, with no threats of physical violence whatsoever. So, message to all bike owners out there – keep them safe and keep them locked up, you never know what might happen!

Finally, this 1967 stolen Mustang was returned to its rightful owner!