Being in an emergency situation is a difficult thing and help should rush in as fast as possible, but was it necessary for this fire truck to smash police car while doing its job of putting fire out? Well, this is a controversial situation and many of you will interpret it on different ways. Namely, in this video we see a building that is caught on fire on the top floor. The street is pretty narrow so the access is fairly difficult. Moreover, there are lots of police cars parked nearby, thus blocking the street even more. 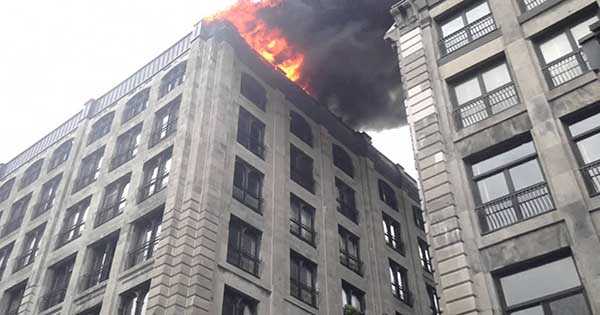 When the fire truck finally arrived there was no space for him to get closer to the building so he had to smash police car and make room. The firefighter pushed the police car into another one too!

After this he drove backwards a little bit. During this accident, the building continued to burn vigorously. But the accident does not stop here. There was a BMW parked just nearby and when the fire truck drove past it, it broke its bumper as well as the head light. Despite being properly parked on a marked parking spot, the BMW was just so unlucky. Though the fireman crashed both a police car and a pedestrian BMW, we still cannot judge him hence this was an emergency situation and he was just trying to save other people`s lives. What do you think, what would have your reaction been in such an emergency situation?

Fire trucks can fail also, here is how!