Well, recently the gas has not been exactly cheap and the last thing you want is for your gas pump station to be ripping you off. 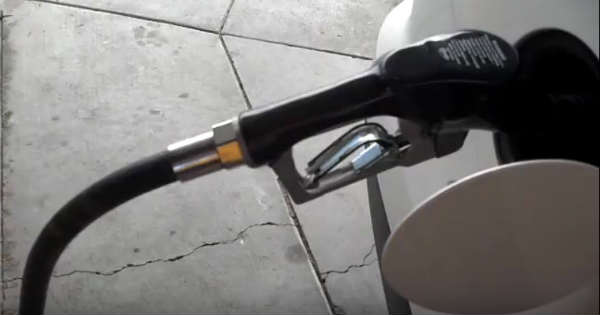 Well, unfortunately, this is the case for some and who knows it might happen to you as well. This guy in the video below was just driving back home from work or wherever and stumbled upon a Buckeye AZ and decided to fill up his tank. While his tank was fillip up, he was washing his windows when hearing the pump stopping. He then went to see how much he had spent. This is when the weird thing happened. He couldn`t believe his eyes when the numbers were continuously ticking away despite the nozzle being stopped. Lucky for us he decided to film the entire thing.

He immediately decide to call the manager of the gas pump station and tell him that their system is broken. The manager agreed that something was not right and decided to immediately shut it off. Meanwhile, the pump has added five dollars in fuel charges. This guy then removed the nozzle, placed it on the ground and no fuel was coming out. However, to his and ours disbelief, the machine is still adding dollars. They refunded him the extra amount of 47 dollars and the man was on his way home. The conclusion of this video is to just watch your gas pumps and make sure to see when it stops adding dollars. Who knows, it might happen to you as well, so be careful.