When it comes to having a car, we all love to have a car which would make us feel comfortable with it, yet there are some who love to look rich by having such car and in the following video below we take a look at some fairly cheap cars which would make you look astonishingly rich. 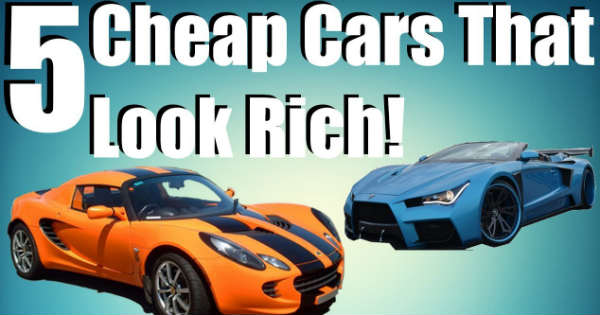 Though you can`t fake the place you live or the clothes you wear, you can manipulate with cars. First on the list of fairly cheap cars which would make you look rich is the Porsche Boxter. The first generation of the Boxter is now 25 years old. But this surely does not look so. The car`s slick look and it lines make it look brand new and expensive to own. The average cost of this car is now shockingly $6,000.

Next car on the list is the Chrysler 300. This huge luxury car surely does not look like it is a cheap one to buy. Its production began in 2005 and lasted to 2010. It had a 190 HP engine. It has a huge interior but how cheap it actually is? To make this car look that much more expensive is the fact that the president Obama had one too and it went for sale on eBay for $1,000,000. But you can get one now for as low as $9,000. What a bargain that is! The compilation feature 5 cheap cars and you should definitely check it out if you want to make yourself look rich!

At last, check out the least expensive new cars you can find today.