Cargo transportation has come a long way so far but we could not imagine what might or could happen in the future. That is until you see the following video. Namely, a short animated demonstration is shown featuring a concept of how the future cargo transportation should look like. 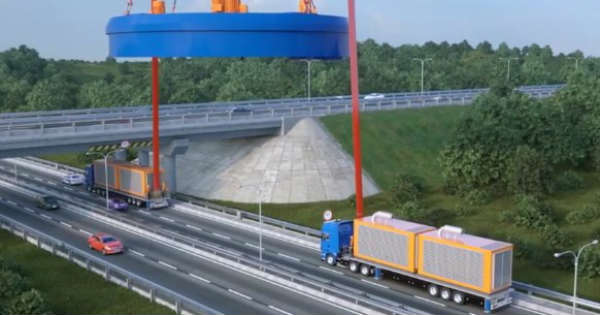 It is a mix with modern and up-today technology. Engineers have been striving for decades to come up with ways to transport heavy and massive objects in order to avoid putting them together at the place they should be delivered to. Drones would play a vital role in the whole concept. But they are not your usual drones. They are as big as helicopters having 4 large rotating wings. So what it takes to actually transport a massive object?

First of all you are going to need two trucks used to transport the large engines. They are also used to connect and secure the large drone using long ropes. The large drone is the head and heart of the whole transport. It is carrying all the weight. But what happens when they reach a bridge? They can deal with it with ease and in several steps.

Nothing seems like it can stop this future cargo transportation. What do you think, when will this new concept be actually used?

Finally, here is the list of proposed future transport.