The massive production of products all over the world has enabled for certain companies to offer their products for much less money than you would expect, but they have sacrificed their quality and functionality, and in this video we put to the test the cheapest impact driver that you can get on Amazon. Power tools have changed by a lot ever since they were first introduced, and many of you already know that an impact driver back in the days came in as an adaptor to your drill. But, having an impact driver on its own offers you many possibilities, and as considered by many, it is way more useful than a drill. 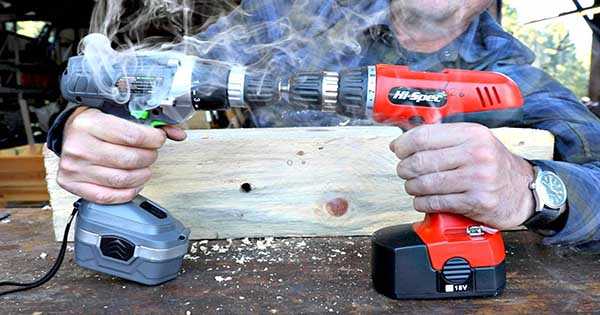 Nonetheless, it is finally time to put the cheapest impact driver to the test and see is the money worth it. You can purchase this power tool for just $58. It comes with a lithium battery and a small charger. After making a side to side comparison with a Makita impact driver, it was time for the real test. Even at the test you can see the big difference between these two power tools.

The cheap one from Amazon fails to screw in a big bolt into a super dry wood, whereas the Makita did its job nice and smooth and there was no problem. Then in the next test we put them one against the other in a direct duel. If you want to know what happens next and which power tool failed, make sure to check out the full video!