You are now about to witness the pure beauty of a 23 Window Samba! 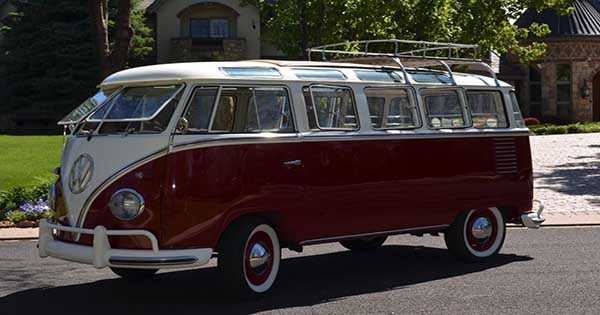 he old Volkswagen model is a classic and everyone and their brother wishes they could own one and travel the country in it.

They`ve maintained their high popularity all the way from the 1960`s, which is not easy to do as only a handful of other cars have done the same. Recently, at Mecum Denver, a restored 1960 Volkswagen Bus was sold for $120,000! 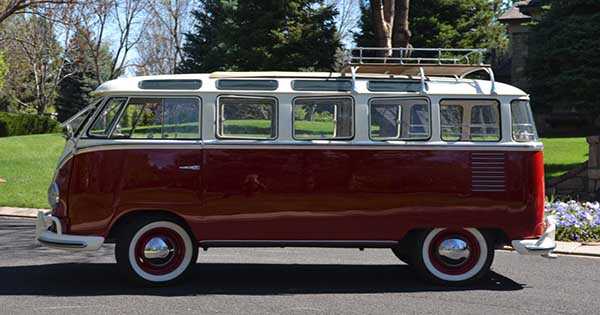 TBut this wasn`t just any ordinary Bus, it was a 23 window Samba. I`m sure the picture has appeared in your head by now – safari windows, perfect paintjob, practically new interior and all around delicious looks by this classic.

If you did think of that, you were absolutely correct – this vehicle doesn`t even have any rust on it, which is pretty impressive for a 57-year old vehicle in California. 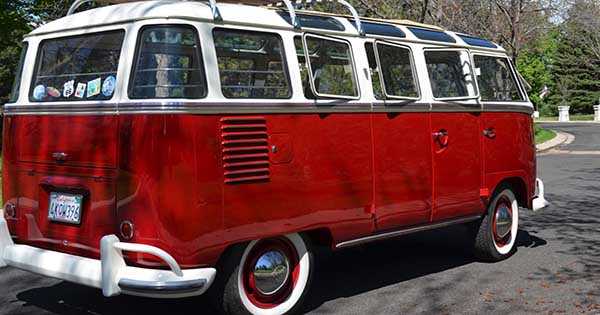 The interior of this 23 window Samba is completely correct and authentic, and it`s rocking its original beige Volkswagen color. However, these guys didn`t just re-make the van, they even improved on it. The Bus now has surround sound inside and an upgraded Sony CD radio, as well as a rebuilt speedometer.

It has a 1600cc engine with a 4-speed transmission, and it sure looks like it runs beautifully. Whoever bought it can now boast about it but they can also use it – a trip around the States in this thing would be pure heaven, with the right people and a good plan.

Careful though, these things have had their prices jump almost double in the last three years, so thieves with a good eye for cars will be on the lookout.

At last, check out some cool VW van ideas!