In this first video, we are being introduced to London`s Walkie Talkie skyscraper and its intensive sun reflection. The glare by this skyscraper is so strong that it can fry an egg and even melt nearby cars. Because of this phenomenon, the skyscraper is now called the “Walkie Scorchie.” Telegraph`s Harry Wallop was sent out to make an experiment in order prove that this scorching skyscraper can indeed fry an egg. 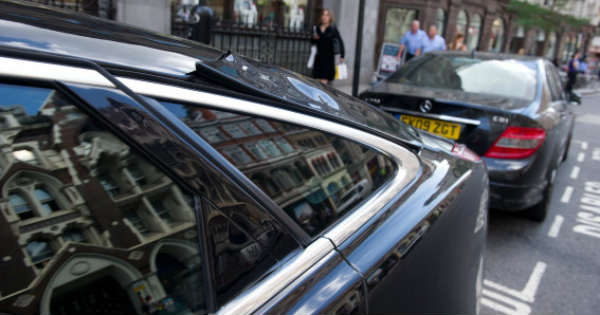 At first, Wallop was skeptical about this task and presumed that it was impossible. However, not only it was possible, he also had to run away from the death ray that was slowly frying the egg!

In this second video, we can see what the Walkie Talkie skyscraper managed to do to one unlucky Jaguar. The owner of the Jaguar, Martin Lindsay, parked his car near the skyscraper on Eastcheap, London. When he returned after two hours, he was in for a big unfortunate surprise.

The building with its immense sun reflection managed to melt parts of his Jag, including the badge and mirror which have totally melted. The developers behind the skyscraper immediately apologized and paid for all repairs. We wonder, how dangerous is this skyscraper for human beings?

At last, click here to witness the world’s most powerful laser… Very cool!