When you see all the Toyota car engines ever built, you`ll realize that this Japanese carmaker is possibly one of the greatest engine manufacturers ever. After all, Toyota is the biggest automobile company in the world. Toyota is pretty much capable of building an ultra-high-revving power unit with insane performance or building a fuel efficient power unit that`s able to run 500.000 miles without any problems whatsoever. For this reason, we wanted to share with you this video which features the top 10 greatest engines manufactured by Toyota. 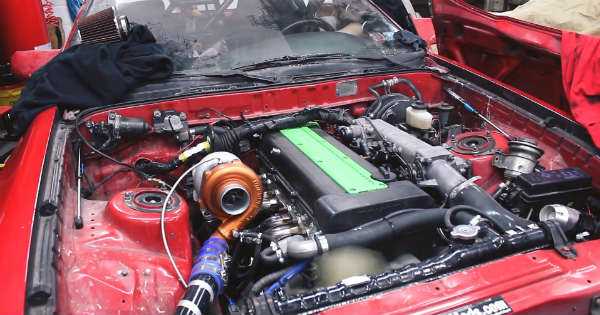 One of these engines is the 2ZZ-GE engine which was commissioned at other Japanese manufacturer – Yamaha. This engine is capable of producing 192HP at 7800rpm. Elsewhere on this list you can find the 4A-GE engine. This 4A series is considering as nothing special and its engines rather boring. However, it got pretty interesting when the GE was introduced which was sharper and higher revving with an immense tuning potential.

This engine weighs 340 lbs and is capable of producing 165HP and 119 lb-ft of torque power. Up next, you can see the 3S-GTW which was first produced back in 1986 and last time seen in 2007. This engine was only installed in a couple of cars, the Toyota Celica, Caldina and MR-2 to name a few. However, needless to say, this one is a very powerful monster. It produces 260HP at 6,200 rpm and it`s capable of producing 324 lb-ft of torque power as well. To see the rest of the greatest Toyota car engines ever built, check out the video below and enjoy!

Plus, if you want to know which are the top 10 Japanese engines of all time, click here!