Though most of you are probably already aware of the fact that nothing is quite what it looks like on TV. Before launching the show on air, the editors can make some incredible things to make the show more appealing to the audience, whether that requires cutting off some bad parts or intentionally putting in some bad situation such as fights etc. Many of us enjoyed watching Overhaulin back in the days and to this day it is one of our all time favorite car shows. But what you are about to hear about this Oldsmobile 442, might shatter your views. 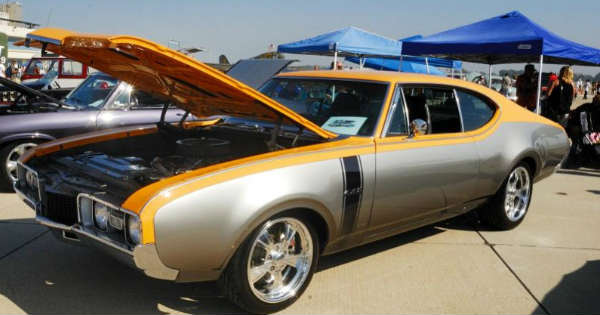 On one episode of the second season of Overhaulin a Oldsmobile 442 was being prepared for restoration and when it was finally finished, the people there had something else in mind instead of giving it back to the owner right away. As it is stated, back in 2004 this Oldsmobile 442 had an awful experience at the shop when people took it to a parking lot and performed donuts with it and then took it to the freeway. This caused the car to overheat.

But the fooling with the car did not stop there. When they power washed the engine, they allowed for water to get in the oiling system so when they tried to start the car afterwards, they burnt off the electronics in the distributor. Many more faulty installations have been noticed by the owner when the Oldsmobile 442 was returned to him. What do you think, do sometimes TV shows go over the limit?