In this one, we can see Tanner Foust with his heavily-modified VW rally car. 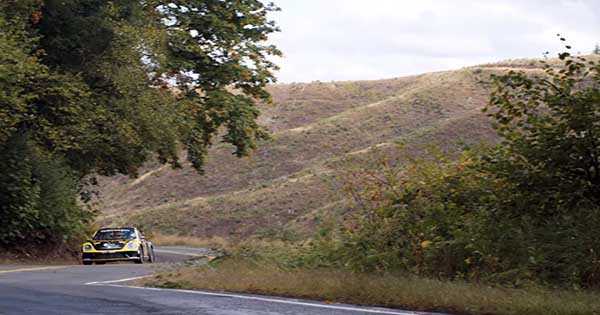 Even if you don`t have a clue about driving and have never done any racing yourself, just by watching this video will surely make you want to. Back in days, racers would`ve raced their cars on the track, and then when the race was over they would drive their cars back home on public streets. Unfortunately, those times are now far behind us. However, occasionally, some true gearheads are reviving their spirit. If you have lived under a rock in the gearhead world and have never heard about him he is an all-American stunt driver. He is also an affable television host who has won nice X-games medals.

Tanner Foust is a real racer who currently competes in the RallyCross Championship. He competes in the aforementioned heavily-modified VW Beetle rally car. He races for the legendary Andretti team. However, in this one, we can see Tanner Foust taking his VW rally car out of the arena and to an off-road rally stage in Portland, Oregon. Thankfully, the entire highway was closed for this marvelous event so this legendary pint-sized racing and stunt driver doesn`t encounter oncoming traffic. The entire action is captured by multiple GoPro cameras who deliver one marvelous viewing pleasure. This entire footage done by Donut Media will probably be the greatest thing you will watch all day. As a matter of fact, it might be even the best thing you will watch the entire week. Yeah folks, it`s that good!

Now, check out the Rally King that became an Uber driver!