This sure is one of the most interesting specimens I`ve seen in a while. Scott Gillen`s 1932 Ford DeLuxe was his long time wish – a car that he can use for going to work and race it during the weekends. Those who have more discerning eye will quickly recognize that they have a real stunner before their eyes in the form and shape of this Deuce.

The way Scott himself explains, the initial motivation for the becoming of this 1932 Ford DeLuxe was that he is not a fan of flash, but a subtle approach to this car. Main idea was to be different than the other Hot Rods and to look like a businessman`s coupe that can be driven back and forth to work and than go wild with it on a racing strip during the weekends. The way he imagined this businessman, it was coming down to a successful man, so that is how DeLuxe should also look like.

So the sheetmetal was carefully polished in a muted gray and made sure that it would reflect a tasteful and subtle contrast with the darker tone of the mohair of the interior. Roof was chopped for 31⁄2 inches and instead of a flashy chrome or magnesium wheels, Scott decided for conventional milk truck wheels with addition of a Merc hubcaps in order to add a little shine.

But the really subtlety is under the hood. 1932 Ford DeLuxe is equipped with a flathead with additional Ardun cylinder heads, hemispherical combustion chambers and overhead-valve breathing device that brings the efficiency of the V8. And there is also the supercharger mounting twin Stromberg to make sure that there is enough air going into those chambers. 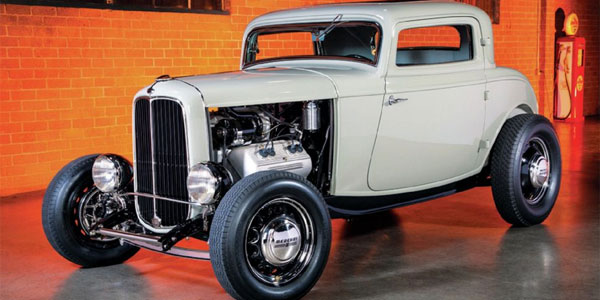 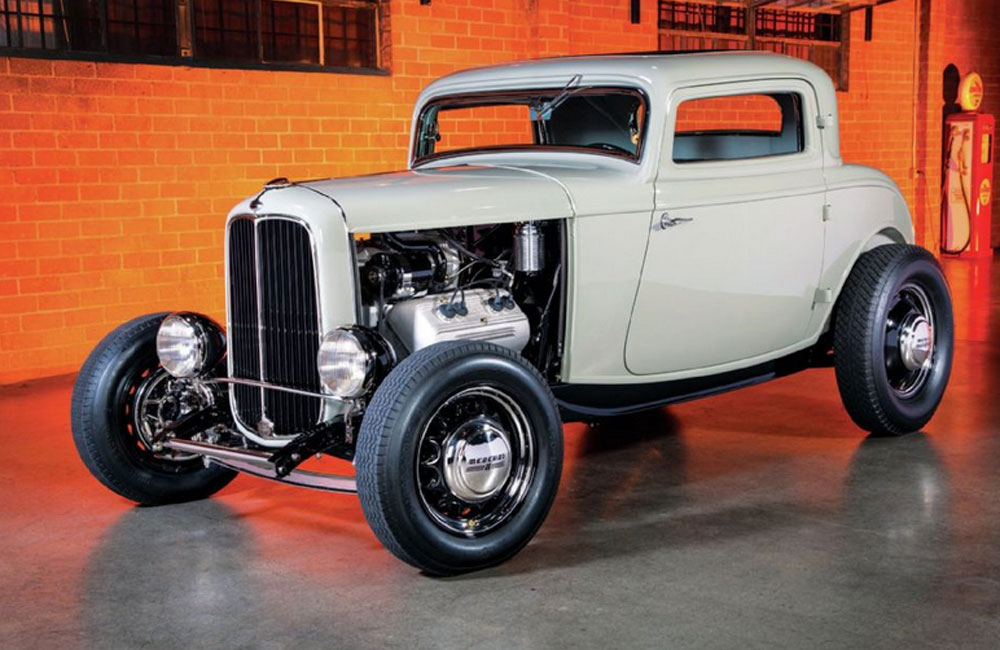 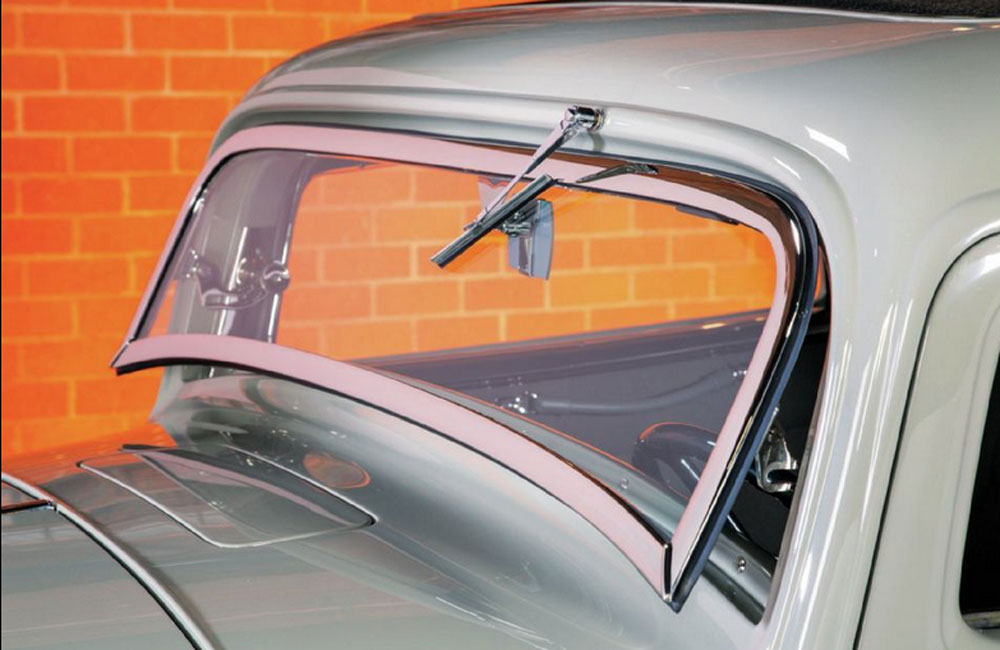 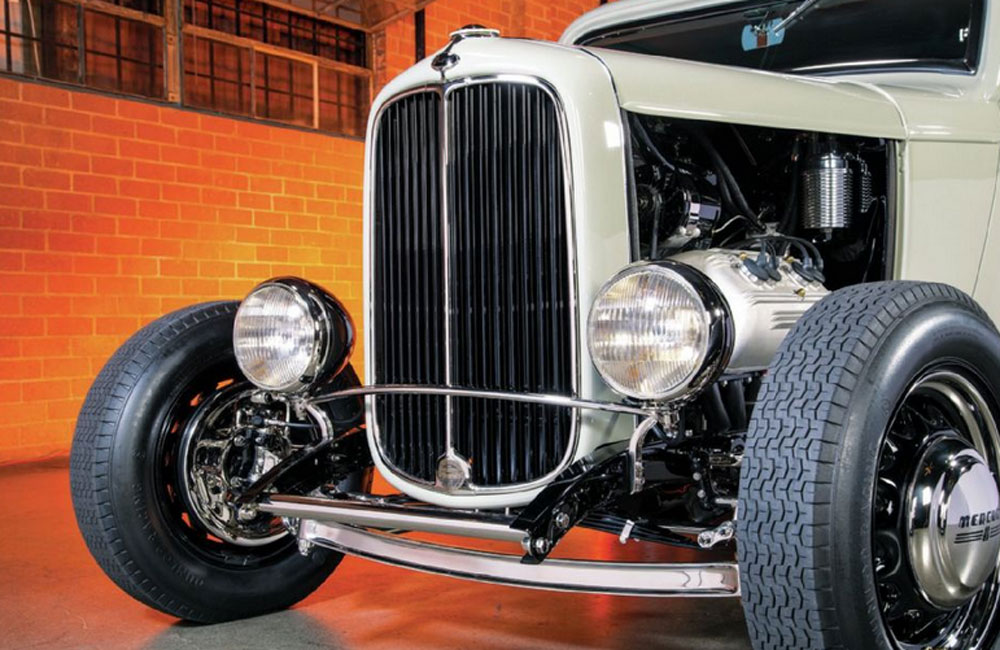 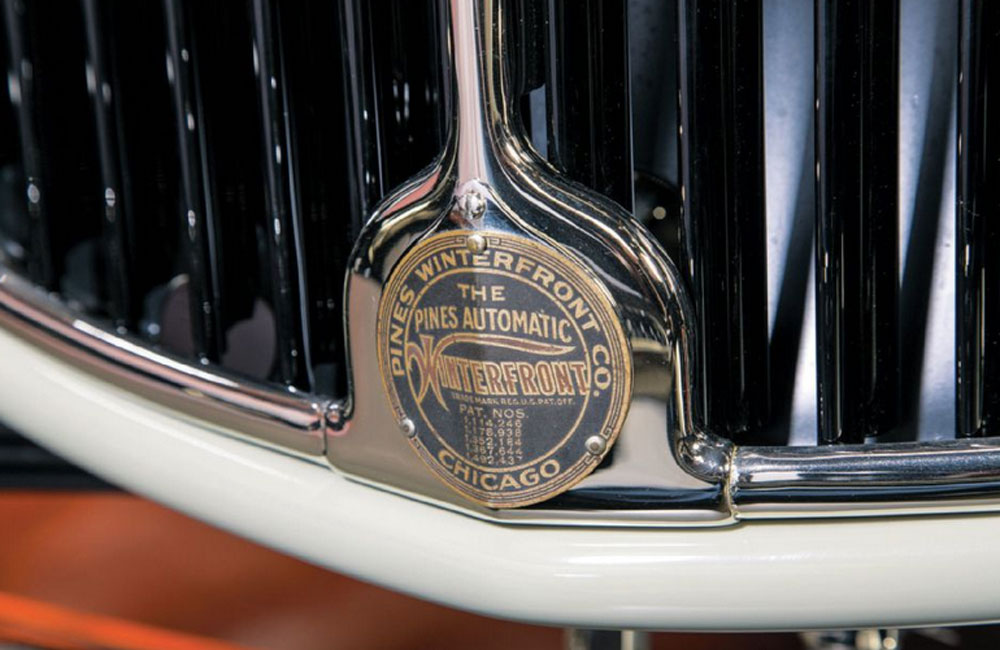 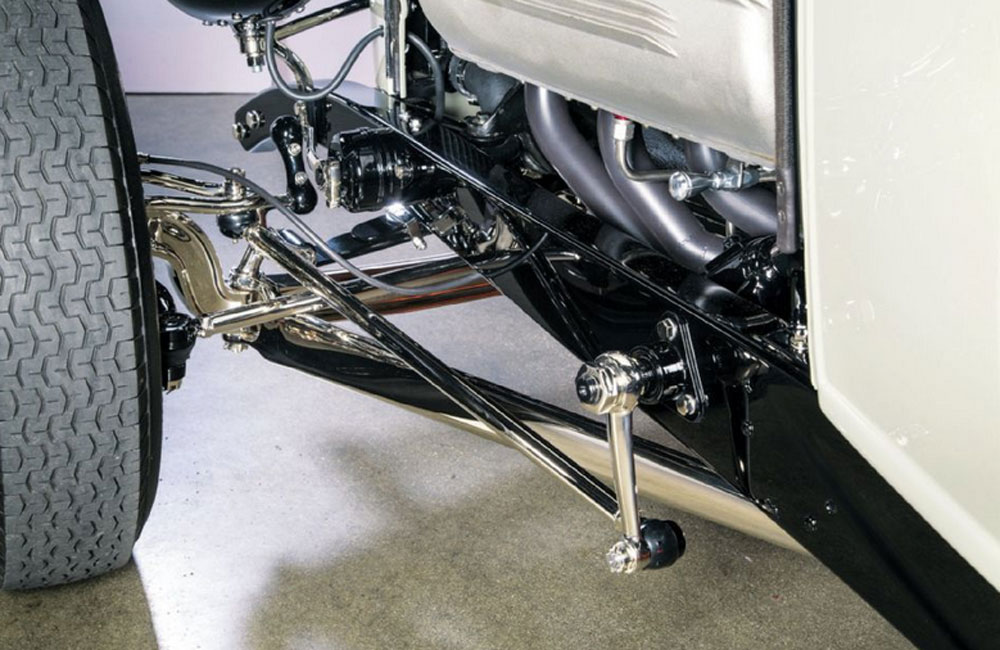 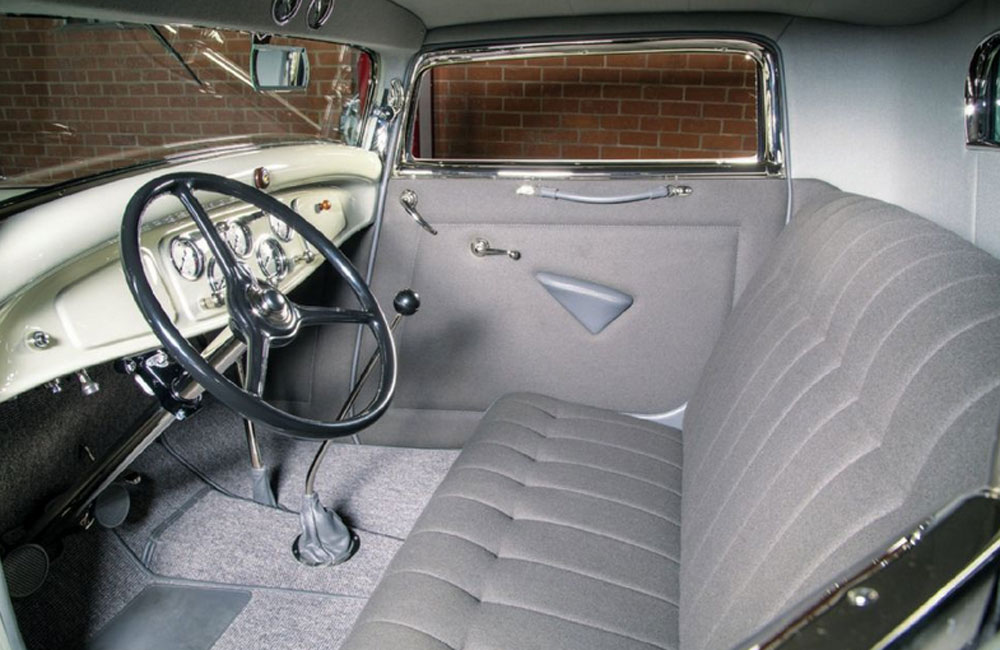 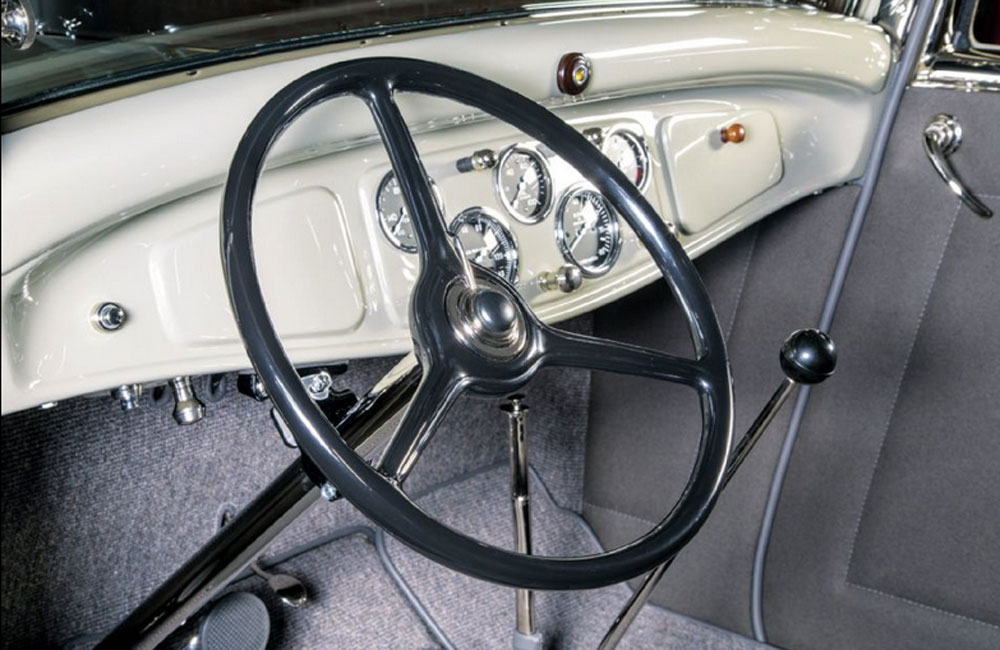 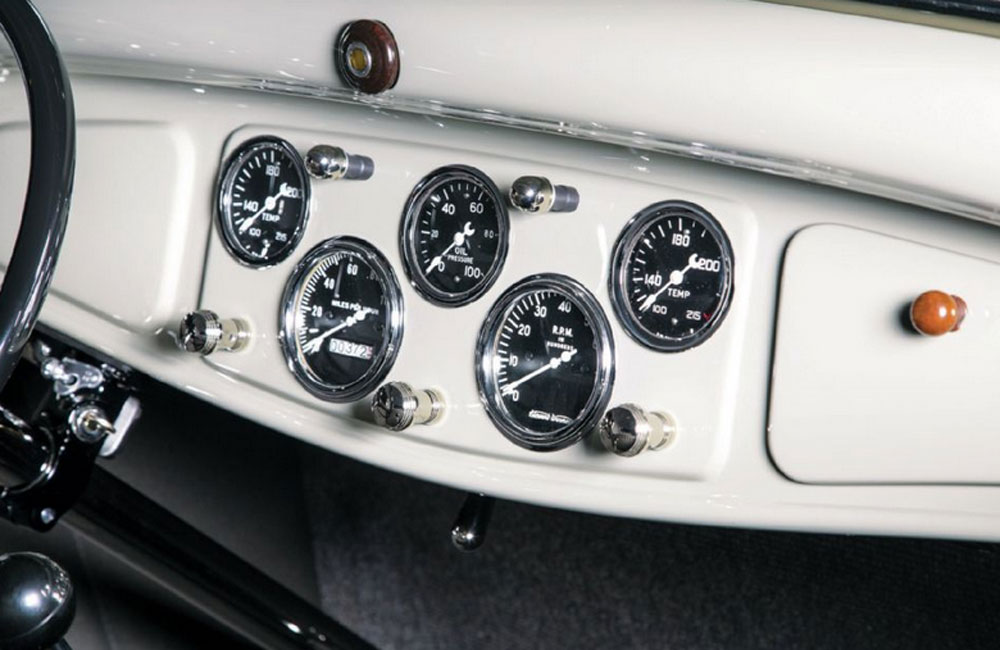 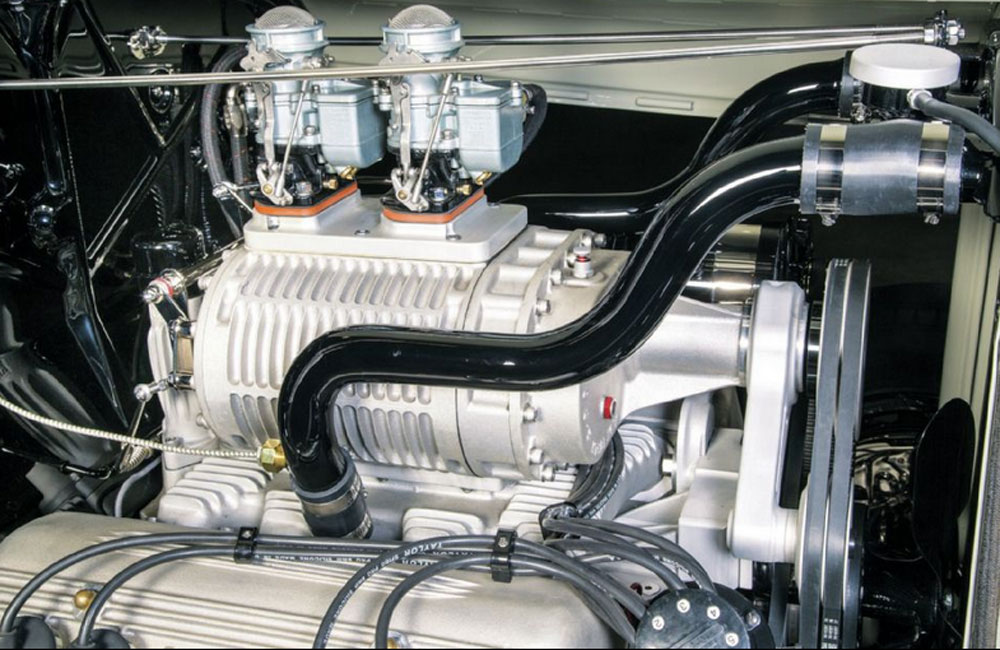 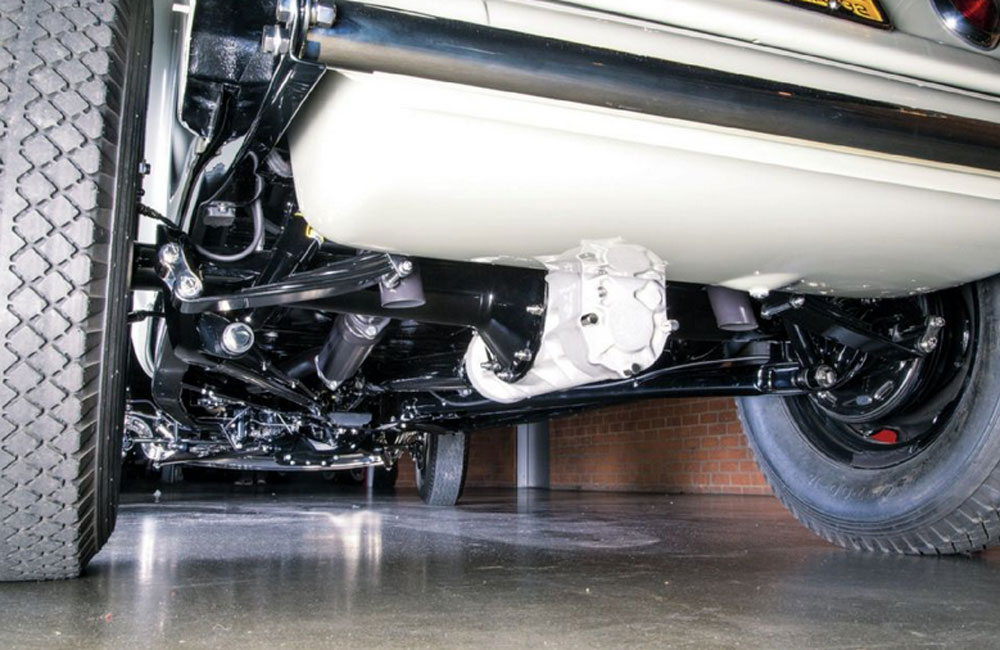 And we got to say that make no mistake thinking that this could be a new Ford, only built using a reproduction sheetmetal and a contemporary frame. It is a real McCoy, having a true hot rod life, before Scott put his hands on it. Thing is that before Scott, car was owned by Mike for a long time and it was known as “Mike`s car” all over southern California. So in order to change that, Scott decided to make some changes.

So he called upon longtime rod builder Roy Brizio and hic crew, and after explaining them his vision, they got to work. Body was stripped, repairs were done, they welded in patch panels, but also reused many of the original components like doors, decklid, grille shell, as well as the original frame.

When most of the work was done and it came down to the paintjob, Scott decided for traditional finish, a single stage paint that will dazzle from within itself. And of course, the color needed to be authentic for Ford. Eric Sanderson from Dan Laughlin Customs made some experiments with different shades of gray and finished with the so called Dove gray, which is very similar with inside of an original `32 Ford grille.
And now, we can all see the final result of Scott`s pure vision and Roy Brizio`s team work in the shape of this stunning looking Deuce. And don`t mistake it for a rolling sculpture, because it is a real runner that would easily leave in a rear view most of the cars you are looking in the streets every day.

Finally, if you care you can read more about the Ford T Model reviewed history!