If you are heavily bored by various car manufacturers being obsessed over Nurburgring records, we got something fresh that will definitely provide an antidote. On the other hand, it might just irk your further. Nevertheless, it`s a new Nurburgring record which is unique and different than the others. One German company called Moetefindt which dabbles in car transportation sent one very powerful Porsche Panamera around the infamous Green Hell. However, what makes this lap record different is that this Turbo Sport Turismo Porsche model was towing a trailer while performing the lap! 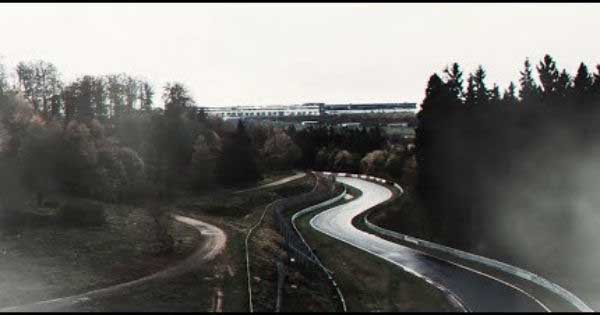 The trailer is called FTP235 and as you`ll see in the video below – it`s rather large. It`s a twin-axle trailer which makes it heavy enough when empty. However, this trailer was not empty at all. Apparently, the massive trailer was fully loaded with one Porsche Junior tractor. However, despite the massive load and the car only managing to reach a 110mph top speed, the trailer and car combination managed to go around the Green Hell in respectable 12 minutes and 6 seconds. How cool is that?

That said, we can safely say that no one has managed to claim a feat like that before. With that in mind, we think that this is actually one pretty powerful benchmark for other manufacturers to beat. Having said this, we just can`t wait to see the other manufacturer`s response to this. However, we might not get manufacturers to line up smashing a weird record like this, but who knows? Check out this weird and new Nurburgring record in the video below.