In Australia, the laws for driving cars like this modified Skyline are brutally strict and straightforward. 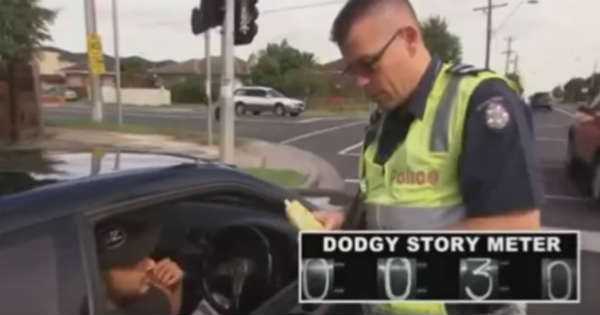 As a matter of fact, any modified car is regulated in one way or another, and getting in a vehicle like this and just driving around doesn`t seem like the smartest idea, especially if you don`t have a license for it! The police trail this guy for a while and then realize that his clutch has malfunctioned, so they pull him over. Not only is he in violation of three laws, but he tries to lie through his teeth about the actual state of the car!

First, the police officer asks him why is he driving a manual vehicle when he only has a license for automatics and why this modified Skyline doesn`t have a P plate on the back. Of course, the guy has convenient stories for all of this! Then the cop asks is the car turbocharged, and the guy says no, another huge lie. He says the hood is jammed and won`t open, but when the cop reaches in, of course it works! The guy gets away with three infringements, but the cops are still nice enough to give him a hand and push the car which is immobile because of the broken clutch.

Before you go, don’t miss one of the most powerful drag races: 1700 HP Twin-Turbo Lamborghini Gallardo vs Chevrolet Corvette C6 Z06!