This might sound unconvincing, but Volvo finally made a model that is… COOL! The new Volvo XC40 2018 is the first of the Volvos to be cool and in this article, we give you a brief review as you will later watch the full video review by Mat Watson, below! Volvo decided to go small this time as this might be the smallest SUV they have ever produced. The new model will be available in the US in the first quarter of 2018 and its design was created to appeal the younger audience. That can be seen through the design that differs a lot than the previous old-fashioned models. 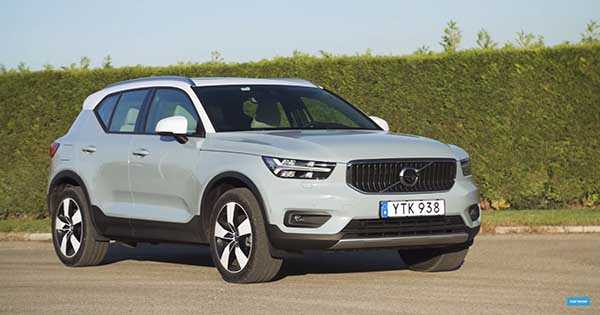 It is more edgy, has the cool upswept rear window, a hood which is clamshell and many other modern details. The new Volvo XC40 2018 is also designed to go with big wheels, as 17″ is the smallest size that fits! However, we are all interested to find out what`s under the hood as well. The US drivers will have the possibility to choose between two powertrains – both will, however, be using Volvo`s 2.0 L, 4-cylinder turbocharged engine!

Two entry levels – T4 which will be FWD and T5 to be AWD. The T5 will also be able to produce 250 horsepower as well as 258 lb/ft of torque! However, the output power for the T4 is not yet released. As for the interior, the 2018 XC40 is rather radical. They come with a 12″ instrument cluster and a touchscreen. However, it is for the best that you watch Mat Watson`s review below!

At last, check out as Volvo conquers the streets of Sweden!