The new Ferrari movie is called “Race to immortality” and it depicts the trials and tribulations of the Scuderia Ferrari in its early years. The trailer opens on a red Ferrari speedster blazing down the race track, and then continues to tell us how the time that this movie is dedicated to was really dangerous and people drove cars without knowing if they would ever jump out of them alive. It also speaks about the pressure that Enzo Ferrari put on his drivers – his philosophy, according to the trailer, was that if you pressure your drivers more, they will drive faster. 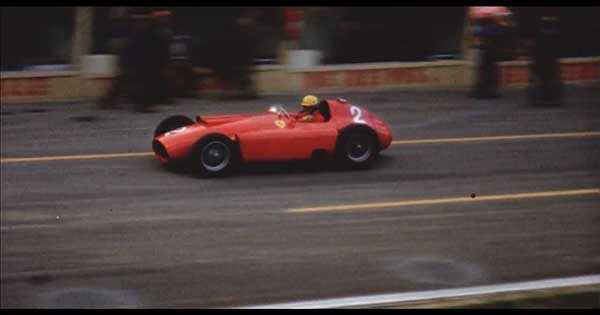 With Ferrari`s track record so far, I don`t think this system has failed just yet, but it doesn`t mean that pressure can actually accomplish anything, let alone on a race track. This new Ferrari movie shows the beginning of the Ferrari racers and their cars and how back then, life was more dangerous and less valued.

The dangers of motor racing weren`t a topic back then, but they were still existent – people died on the track, off the track when they were doing tests, cars didn`t function as well as they did today and a bunch of other problems that there is no time to explain. Anyway, this movie appears to be really promising and I would suggest that we all watch it – we have a lot to learn from history, even if it`s depicted through a commercial affair such as this.

Race car history is important if you want to be a race car driver, after all, and the new Ferrari movie will teach you some of it. Finally, see the ratings for the 2017 Ferrari movie!