If you thought about new possible cars this year, you probably weren`t thinking about a new movie Mercedes Benz, but here it is! In the new Justice League movie, two distinctive Mercedes` appear – one which is driven by Gal Gadot who plays Wonder Woman and one that`s driven by Bruce Wayne played by Ben Affleck. In the video we can see a short glimpse of these incredible machines, but we get an especially good look at the electronic concept car designed a while ago by the German maestros. 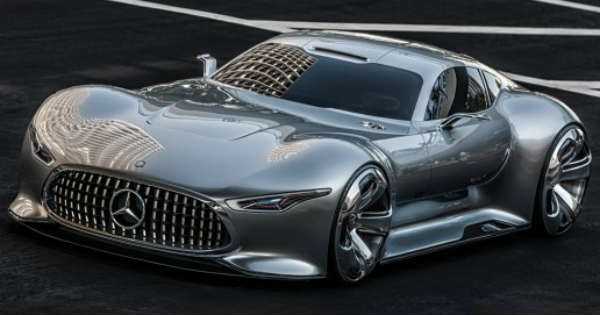 Namely, the Vision GT was just a concept designed for the video game Gran Turismo, but had never been built due to its video game constraints, but once the guys at the set saw it, they knew it had to be the new Bruce Wayne car! This new movie Mercedes Benz wasn`t made fully according to spec though – because Ben Affleck is quite a tall guy measuring at 6` 4“, the designers had to expand the vehicle by about ten percent so that it could be used to shoot scenes. I mean, who wouldn`t want to design something like this – it literally looks like a sci-fi car and anyone would love to design and drive it.

The guys who designed it also made a completely new physical interior as well, since the car didn`t have one beforehand. They did a great job with the orange and black combination and the practical reinvention of the steering wheel so now the car looks even more incredible than it did before, and you know that`s hard to accomplish!

Before you go, have you seen the new Justice League comic-con speak peak? Follow this link!