Over the years we have seen some amazing collaborations that resulted in the creation of some astonishing car models. Very often these cars will remain remembered for years and years. If there was one car manufacturing company that can be recognized by literary anyone in this world, that must be Mercedes. They have remained somewhere at the top for decades but what you are about to see next is something absolutely stunning. We see Mercedes-Benz in an awesome collaboration with the Justice League and they make something superior. 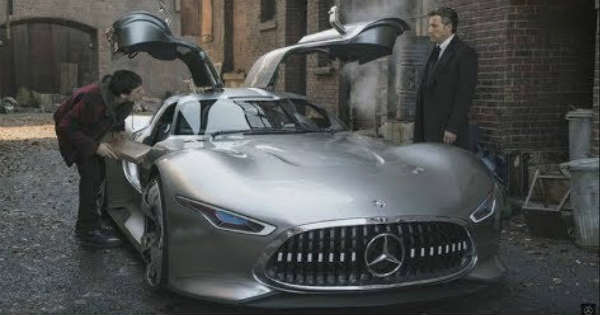 They designed two cars especially for the use in this movie and they are guaranteed to make you fall in love with them. In this video we see the making of these cars and some scenes from the movie in which the super cars feature. The Mercedes-Benz E-Class Cabriolet was designed and revealed to the public just prior to featuring in the movie. It was driven by the gorgeous Gal Gadot who is also known as the Wonder Woman in Justice League.

She is thrilled by the car and even asks the crew whether she can keep it after the movie is done. But the Vision Gran Turismo is what makes this movie so special. This futuristic looking car is driven by Ben Affleck who is Batman in the movie. He says that the car is pretty awesome and that it is one of the most beautiful cars he has ever seen.

What do you think, can you name any other awesome collaboration?