We all hate seeing classic or luxury cars getting damaged or destroyed, right? Well, I`m sure this Morgan 4 /4 agrees as it got bashed in the rear end as it pulled out of an intersection! 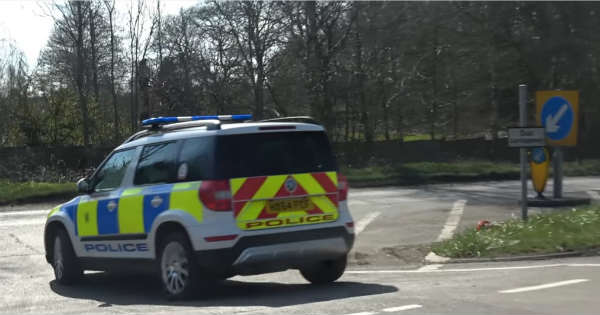 Driver enters the junction and tries to go faster in order to avoid any crashes, and that should be logical on a road that has a top speed of only 50MPH, right? Well, the speeding Peugeot behind him didn`t think so, and by the time he realized that he needs to hit the brakes, it had already happened. The Peugeot is going downhill so he`s much faster and can`t break as well, but the Morgan is going uphill, so it`s a lose-lose for both of them.

The Peugeot slams into the Morgan 4 /4 at high speed, and then stops immediately. It took the Morgan a while to stop, I assume from the shock the driver was experiencing.

However, they both pulled over and the police arrived shortly to register and deal with the situation. Even though nobody was injured, it`s too bad for that Morgan 4 /4, as it really looks like a breathtaking product of the automobile industry.

That Peugeot driver is going to pay a fine and repairs for both cars, that`s for sure, but I bet he`s going to remember this event!

Wondering how to choose the right Morgan for you? This website will help you.