We’ve seen it all. But, vertical landing? 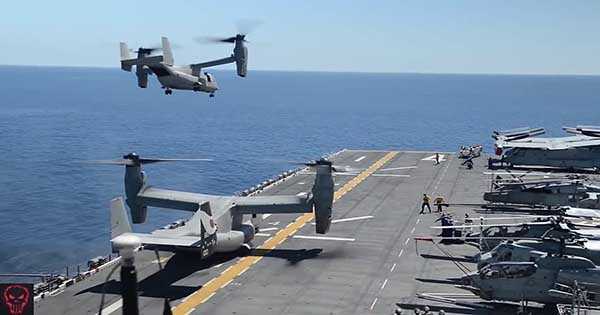 We are familiar with the power a military jet has. Besides serving the military and being a national pride, they are able to perform all sorts of stunts and tricks. Such parades are held each year by militaries throughout the world and it is a trend which will continue to grow. This is the way each national military presents itself as well as its power to the public.

What you are about to see in the following video is exactly that. A military jet performs a Vertical Landing but it does not do that on a runway. To make the landing that much cooler and difficult to believe is the fact that this jet lands on a carrier ship in the middle of the ocean.

In the 1 minute long video he does the impossible. At the beginning we hear a loud sound created by the engines in the military jet and we can see it approaching from a distance. It looks like the old and traditional way of speed-landing and stopping with the help of steel chains was not exciting enough for this pilot.

As he got near the carrier ship he stopped in mid air. Then inch by inch he moved to the right in order to find the proper position for landing. The whole video looks utterly mesmerizing; some would even say that it is fake. Then the plane lands safely and without any troubles. How cool that is! What do you think is this a proper way for the pilot to show off his qualities?