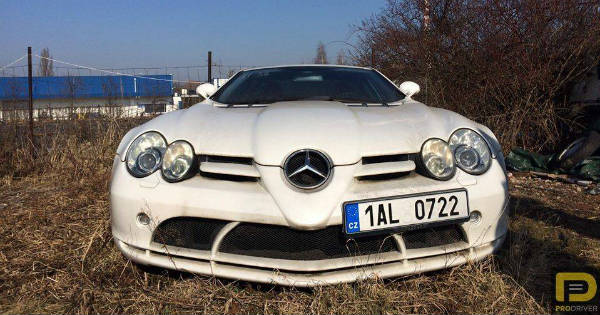 We stumbled upon this very insane story today that involves an abandoned McLaren Mercedes Benz SLR. It has been sitting idly and enduring nature`s fury in a Czech field since the year 2011. The supercar finally surfaced on a Czеch Fаcebook Page – Mаgazin Pro Driver CZ. They posted the photos of the unfortunate SLR that you can see below. According to sources, the white SLR has been abandoned since it was impounded by the police. This supercar has been so unfortunate because of a very complicated theft enquiry that involves a leasing company. Because this enquiry took so many years and it`s still not over, the car is now effectively forgotten. 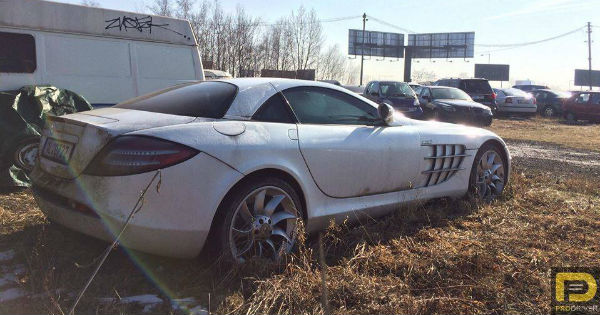 It`s really very sad to see a glorious car such as this sitting unloved and lonely in a field. This story of abandoned exotic cars is just one of many. We have also written about the 144 cars confiscated by Vietnamese authorities. We have also reported on the “tyrant`s car park” in China, where many luxury cars were found sitting idly in a park. The McLaren Mercedes Benz SLR was a collabo between the brands. It was produced when Mercedes-Benz owned 40% of McLaren Group. It has a 5.5L supercharged V8 that delivers 617HP and 780 pound-feet of torque. One of the most powerful cars money could buy at the time. 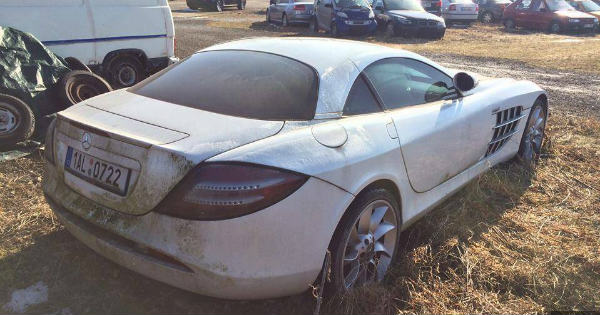