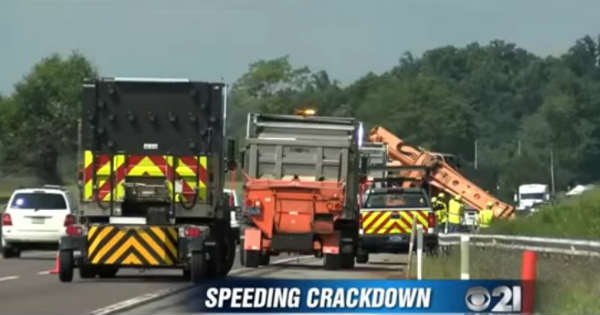 The radars they use are “Falcons”. These radars have exceptional vision. As traffic flies by, those speedy drivers going over 55 mph are easily being captured. So, if you choose to speed near a construction zone, you better think twice.

Over 2 years ago, a turnpike maintenance worker died, hit by a car in Chester County, PA. The main goal of this operation is for the protection of the construction workers, and to encourage the speedy drivers to slow down. In 2014 alone, there were 150 crashes in turnpike zones. So, we really hope that this operations can prove efficient and save lives. Now, whenever the public sees orange construction signs or digital messaging boards advising them of construction ahead, they need to slow down and pay close attention. Also, if you are caught speeding in construction zones, your fines could be doubled.

At last, follow this link to see the most used speed traps by the police!