We have heard dozens and dozens of awesome stories on the social media hence people share them on daily basis. No matter how good these stories were, nothing can compare with the man who got his stolen rims back by himself even though at first he reported it to the police. We live in a time where thieves are lurking behind the corner and parking lots and private properties are the perfect places to make fast money and commit a theft. Stealing expensive and pristine rims is on the up-rise and nobody is safe. 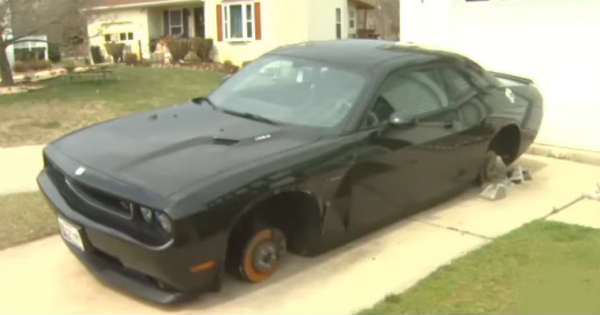 This man woke up one morning and was shocked when he found out that all four expensive rims from his beloved Mustang have been stolen during the night. He immediately called the police but he did not stop here. He was determined to get back those stolen rims hence he worked hard for them. Hereby he decided to continue his search on Cragslist because he knew that people put everything there.

Surprisingly enough, after couple of hours spent there, he found his rims advertised for sale. He immediately informed the police once again. They arranged a meet with the thief hence the police pretended to be interested in purchasing them. When they met at the spot, the police found the man`s stolen rims as well as the full equipment used when stealing them, such as a jack stand and a lug wrench.

What do you think, was this guy lucky enough to find the rims all by himself?